Defending his decision to dissolve the Jammu and Kashmir assembly, Governor Satya Pal Malik on Thursday claimed “extensive horse-trading” was going on and it would have been impossible for parties with “opposing political ideologies” to form a stable government. 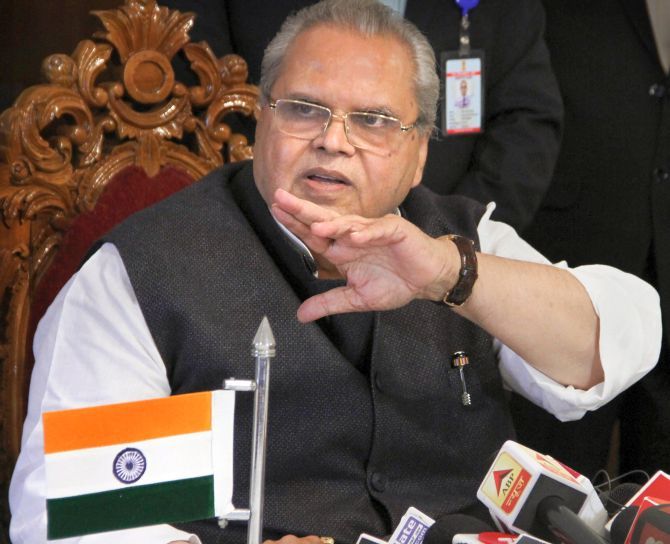 IMAGE: Jammu-Kashmir Governor Satya Pal Malik said that he would not allow a government of defections. Photograph: PTI Photo

Malik said he had acted in the state’s interest and according to its constitution. He dismissed allegations that he was acting on the Centre’s directions and said had this been the case, their side (Bharatiya Janata Party, People’s Conference) would have been called for government formation.

“For the past 15 to 20 days, I have been getting reports of large-scale horse trading. MLAs are being threatened and several types of underhanded dealings are going on,” Malik told reporters at Raj Bhawan.

“Mehbooba (Mufti) Ji told me a week before that her MLAs were being threatened through the NIA. Another side said MLAs were being lured with large-scale money. Horse trading had started 20 days ago,” he claimed.

“Had I given any side opportunity (for government formation), it would have created more mess. The value system of politics would have been destroyed as is been happening in the rest of the states. I could not afford that,” the governor said.

He said it would have been impossible for parties with “opposing political ideologies” to form a stable government.

“We would have altered this situation, had we given an unstable government (to the state). An opportunist government would have been the outcome of this process. We never wanted instability in a sensitive state,” Malik said.

He said the National Conference, PDP, Congress would have fought with each other and it would have created a mess.

“I have no personal interest and for me the interest of the state is prime. For that, I acted and dissolved the assembly as per the constitution of Jammu and Kashmir. It was the best action as per my wisdom and I have not been partial,” he said.

The governor said when he came to the state he had made his stand clear that he would not be involved in any underhanded dealing or defection and would not approve government formation on the basis of threat. He said he wanted polls to be held and an elected government formed.

He hit out at the PDP and the NC, claiming they had told him that they had a majority but he was not given any proof for it. No list was given and no parade of MLAs took place, Malik said.

Malik said the PDP, NC and Congress staked claim for to form government when just one month was left for the governor’s rule to end.

“Why did they not act before and why did no one come from their side or the other side. I did not accept the claims of both sides. The decision that was necessary for the state, it was taken by me”, he said.

He claimed both Mufti and National Conference leader Omar Abdullah wanted dissolution of the assembly and had been demanding it for the past five months. “Why are they adopting double standards now? They should be happy that it has happened,” he said.

He said the Election Commission would decide on the assembly elections.

Wednesday was Eid, he said when asked about the fax not working in the Raj Bhavan, resulting in his office not receiving the PDP’s letter staking claim to form government as well as the NC’s letter of support.

“Both of them (Mufti and Abdullah) are devout Muslims. They should know offices are closed on Eid. Even my cook was in his house, leave aside the fax operator. There was no system. They should have sent a man with the letter. These are lame excuses,” he said.

The governor said even if someone had delivered him the letter, the decision to dissolve the assembly was his stand.

“I have taken this decision as per the Constitution of Jammu and Kashmir. There is a mechanism that I do not have to look towards New Delhi or move to Parliament or seek permission from the president. I just had to inform them,” he said.

Asked about Mufti’s letter staking claim that was available on social media, he asked if social media forms the government.

“I neither tweet, nor do I see tweets. Before yesterday, they had time. There are several flights from Srinagar, why did not they sent their man. It is all wrong,” he said.

On another question about allegations that he acted on BJP’s instruction, he said, “The NC, PDP and Congress knew what the BJP headquarters wanted.”

“The BJP headquarters was one contender. If I followed the BJP’s instruction, I would have called their party but I did not call any party. I acted in best interest of the constitution”.

On BJP leader Kavinder Gupta’s allegation that the PDP-Congress-NC tie up was formed on the directions of Pakistan, he said he could not comment on it without proof.

“But this grand alliance is opportunistic and they have no understanding between them,” he claimed.

The governor abruptly dissolved the state assembly Wednesday night, hours after the PDP staked claim to form a government with the backing of rival NC and the Congress.

This was followed by another bid from the two-member People’s Conference which claimed the support of the BJP and 18 legislators from other parties. 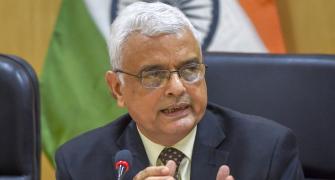 Assembly election in J-K should be conducted with Lok Sabha poll: BJP 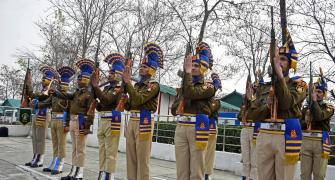 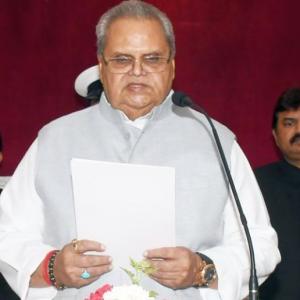