A 22-year-old student of Jamia Millia Islamia University in New Delhi was on Tuesday beaten to death allegedly by two former students of the university, police said.

The university has been closed for two days from Wednesday following the incident.

"The second-year student Shahrukh was called outside the campus by the duo and was beaten up mercilessly" at around 3.30pm, a senior Delhi Police official said.

Shahrukh had an argument with the former students who allegedly used hockey sticks and iron rods to beat him up, he said.

He was badly injured and taken to Holy Family Hospital where doctors declared him brought dead.

Doctors said his vital organs were badly damaged in the incident. University officials said the attackers were identified as Sahil and Ijas who left the university a year ago.

Police said they were investigating all angles, including any love affair which might have triggered the incident.

Shahrukh's father is a yoga teacher in the university. 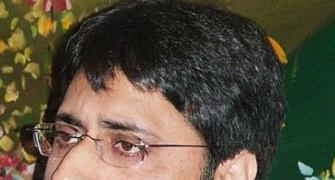