The server from which an e-mail was sent a few hours after Sunday's Jama Masjid firing incident has been traced to Norway, Home Minister P Chidambaram said.

"The e-mail that came a few hours after the firing has been traced to a server in a foreign country-- Norway," Chidambaram said.

In an interview to CNN, the home minister said the investigators have found that it was a SIM card purchased and put in a GPS activated mobile phone from which the e-mail, owing affiliation to terror group Indian Mujahideen, was sent.

"So we have leads but we have to zero on the particular person who sent it. (There is) nothing in the email itself which directly links it the shooting (near Jama Masjid)," he said.

Ruling out a terror link in the incident in whcih two Taiwanese national were injured,Chidambaram said the e-mail seems to have been prepared many days in advance and it makes no direct mention of the shooting.

"We are not certain that the persons involved in the shooting are directly connected with the e-mail," he said. Two motorcycle-borne unidentified people fired upon a group of foreign tourists in front of the Mughal era Jama Masjid.

A "crudely-circuited" pressure cooker bomb exploded some time after the firing, leading to panic in the area. A few hours later, banned terror outfit Indian Mujahideen sent an e-mail to news organisations claiming responsibility for the incident and threatened terror strikes during the forthcoming Commonwealth Games.

The home minister said the investigators suspect the Jama Masjid firing to be a handiwork of a local gang and that he was not "yet prepared to call it a terror attack". "Firing was of course a warning incident. Two people on a motorbike fired on a group of tourists. We think that it was a local gang. I am not yet prepared to call it as a terror attack but certainly we take it seriously.

"A number of people are being questioned but no formal arrests have been made so far. We are working on the leads," he said.

Referring to the fire in the car minutes after the firing incident, he said there was no bombing in the vehicle and it happened as a crude device was placed in a car out of which flames came out. "There is no evidence yet that it was directly connected to the firing," he said.

"It just could be that the e-mail was issued couple of hours after the shooting taking advantage of the incident which they would have heard on television or radio but these matters are under investigation," Chidambaram said.

Chidambaram said the Games Village will be taken over by security agencies by tomorrow while 10 other venues have already been brought under the security blanket.

He said the Commonwealth Games Organising Committee has completed its task of construction and cleaning and security arrangements are being put in place subsequently.

"In fact, they (OC) have met the deadline. Ten of the 11 games venues have been taken over by the security agencies. The 11th will be taken over by midnight (tonight) or shortly after midnight.

"The Games Village itself will be taken over by tomorrow. I think construction and cleaning will be completed there and (there) will be a considerable number of staff carrying accreditation cards for maintaining the buildings," he said.

Chidambaram also said that team managers have expressed their satisfaction over security arrangements. 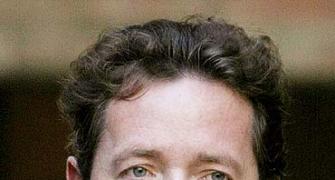 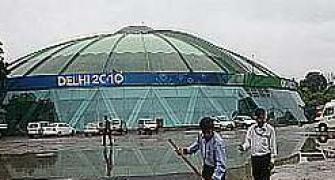 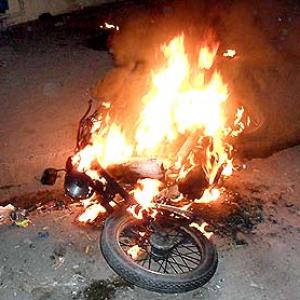 Why Ratlam was in Indian Mujahideen mail