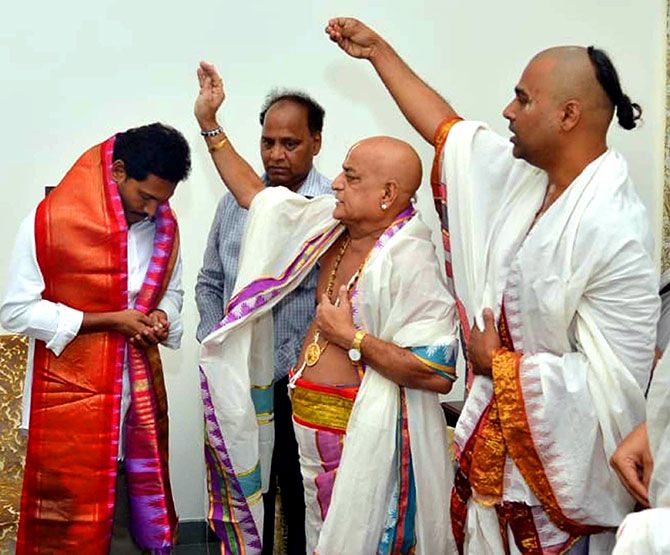 From the beginning of the counting which started on Thursday, the YSRCP was way ahead of the ruling TDP and finally finished the tally by winning 151 seats out of a total of 175, thus wresting power from Naidu.

The TDP's number reduced drastically from 102 to 23 seats.

The Congress and the Bharatiya Janata Party drew a blank in the state. 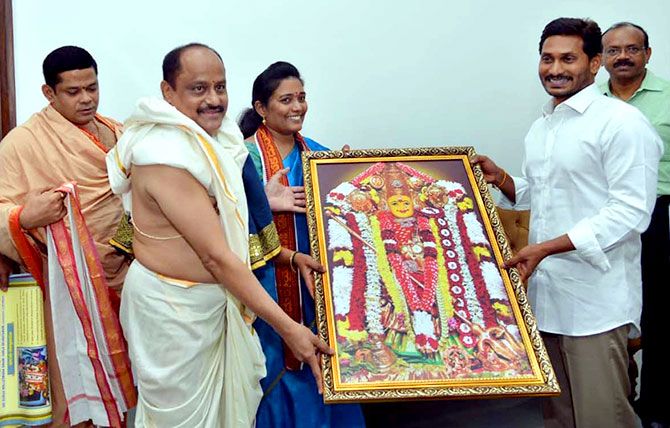 IMAGE: Jagan was all smiles as he visited the temple and participated in prayers at the temple. Photograph: SnapsIndia

YSRCP legislators will meet on May 25 to formally elect Jagan as their leader, party sources said. Jagan -- whose late father Dr Y S Rajasekhar Reddy often came under attack when he was chief minister from Hindu hardliners because of his Christian antecdents -- will take the oath as chief minister in the temple town of Tirupati on May 30.

The Jana Sena Party, which contested 140 assembly seats, won only one seat -- Razole, from where Rapaka Vara Prasada Rao was elected by mere 814 votes.

Actor-turned-politician and JSP founder Pawan Kalyan himself lost to Nagireddy Tippala of the YSRCP and finished second with 58,238 votes. He also lost Bhimavaram to a YSRCP candidate. 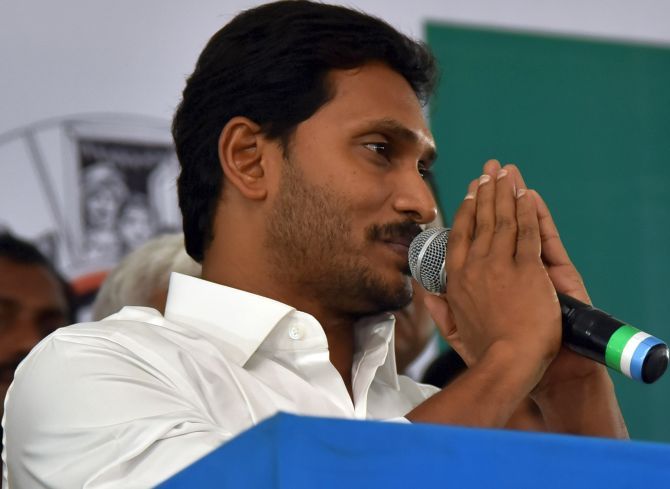 IMAGE: Y S Jagan Mohan Reddy will take the oath as chief minister in Tirupati on May 30. Photograph: ANI Photo

Jagan retained his Pulivendula seat and defeated the TDP's Satish Reddy by over 50,000 votes.

Chandrababu Naidu also won his Kuppam seat easily. However, his son Nara Lokesh, who is also a cabinet minister, lost to the YSRCP's Alla Rama Krishna Reddy in Mangalagiri. Lokesh is a member of the Andhra Pradesh legislative council in 2017.

Most of Naidu's ministerial colleagues could not stand up against Jagan's tsunami. 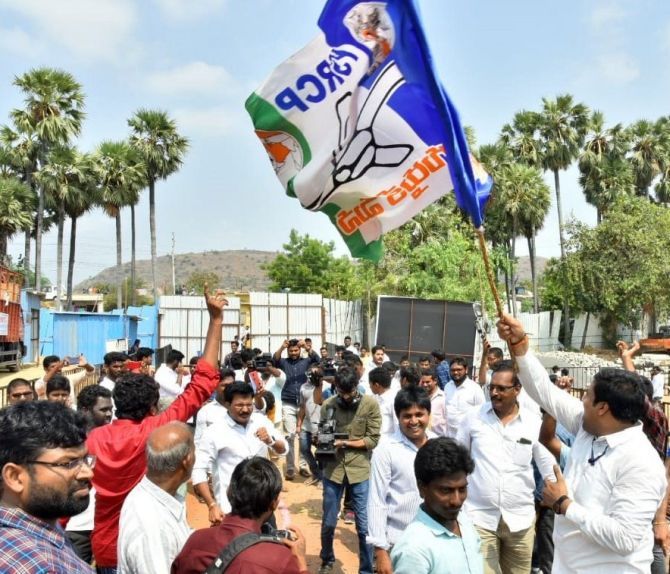 Jagan's magic helped the YSRCP bag 22 Lok Sabha seats, while leaving only 3 seats to the TDP out of 25 parliamentary constituencies at stake in the state.

In 2014, the TDP registered a landslide victory by winning 102 assembly seats while Jagan's YSRCP had won 67 seats.

In the simultaneous Lok Sabha polls, the TDP won 15 seats, while 8 seats went to the YSRCP. The BJP had won 2 seats. 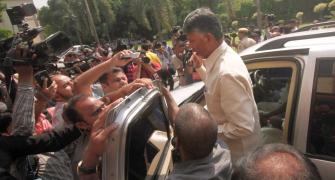 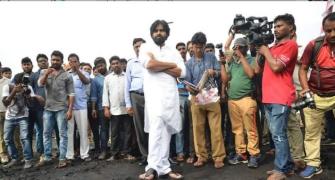