A student of Jadavpur University on Tuesday tore apart a page of a copy of the Citizenship Amendment Act while receiving her degree at the convocation ceremony, asserting that the gesture was her way of protesting against the contentious law. 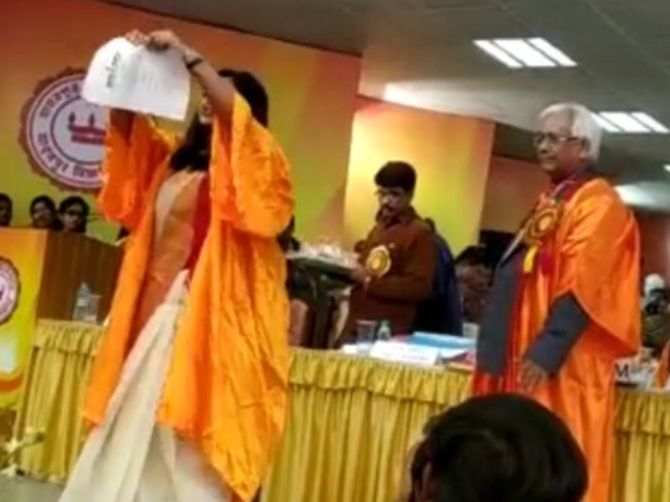 Debosmita Choudhury, who identified herself as a student of the arts department, said she chose to "dump" the CAA document at the podium where the vice-chancellor, Pro-VC and registrar were seated, as it made bonafide citizens prove their nationality.

"Let there be no confusion. I am not showing any disrespect to JU. I am proud to be awarded this degree at my favourite institution. But, I chose this podium to register my protest against CAA... my friends are on a sit-in near the gate of the convocation venue," she said.

Choudhury claimed that a few of her friends refused to receive degrees from the V-C in protest against the CAA.

Arkoprobho Das, another student of the department, said around 25 of his batchmates did not go to the podium to collect their degrees.

"We wore the convocation gowns, but when our names were called we did not go to the podium. This is our way of protesting," he said.

Earlier in the day, protesters blocked West Bengal Governor Jagdeep Dhankhar's entry into Jadavpur University, where he had gone to attend the annual convocation, prompting him to denounce the incident as "total collapse of rule of law".

Amid his frequent run-ins with the Mamata Banerjee government, Dhankhar arrived at the university, a hotbed of anti-CAA and anti-NRC protests, only to find his way blocked by around 50 people, said to be members of Shiksha Bandhu Samiti, an affiliate of the ruling Trinamool Congress's trade union wing. 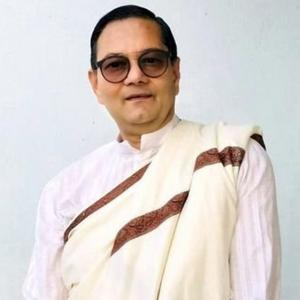