Source: PTI
April 08, 2011 23:20 IST
Indian Ambassador to Ivory Coast, Shamma Jain, was on Friday evacuated from her residence by United Nation and French forces in capital Abidjan in the wake of heavy fighting even as India said all its citizens there were safe.

The Ministry of External Affairs said it was "closely" monitoring the situation and had requested for evacuation of Jain to a safe place in Abidjan.

"On account of the consequent grave danger, Ambassador Jain was safely evacuated from her residence, in the early hours of Friday morning at our request, by the UN forces, who were ably supported by French troops," the MEA said in a statement. It said Jain and the officials of the Indian Mission are safe in Abidjan.

The ministry said that members of the Indian community are also safe though forced to remain indoors on account of the prevailing security situation in the city. "Our mission personnel are in constant touch with them and the situation is being closely monitored," it said. The MEA said some other heads of mission have also similarly been evacuated.

On Thursday, French helicopters had rescued Japan's ambassador to Ivory Coast overnight after he was besieged by mercenaries during fierce battles involving fighters loyal to Alassane Ouattara, the country's democratically elected president, and Laurent Gbagbo, who has refused to quit the post even after losing the November 2010 elections.

The area where Jain stayed is the scene of fierce fighting between the two forces.

India had on March 31 supported the UN Security Council sanctions, including a travel ban and asset freeze on strongman Gbagbo, his wife and close aides. However, India had also raised objections to the UN siding with Ouattara and said that its 10,000 strong peacekeeping force not be part of the political stalemate in that country. 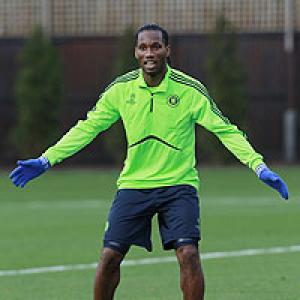 What India and world need to do in Ivory Coast