News
Business
Movies
Sports
Cricket
Get Ahead
Money Tips
Shopping
Sign in  |  Create a Rediffmail account
Rediff.com  » News » It's almost official. It will be Obama vs Romney

It's almost official. It will be Obama vs Romney

By Lalit K Jha
April 25, 2012 10:56 IST
Mitt Romney has claimed the Republican nomination following a clean sweep of primaries in five states, turning his attention to the November general election to take on incumbent United States President Barack Obama with a promise for better America.

With a big lead in delegates and his nearest competitor out of the race, the former Massachusetts governor turned his full focus to the general election showdown with Obama.

"I have a simple message: Hold on a little longer. A better America begins tonight," Romney said in his victory speech in Manchester, New Hampshire.

"Tonight is the start of a new campaign to unite every American who knows in their heart that we can do better. The last few years have been the best that Barack Obama can do, but it's not the best America can do," Romney said.

"Tonight is the beginning of the end of the disappointments of the Obama years," Romney said in his remarks after mainstream media outlets virtually declared him the presumptive Republican nominee.

"It's the start of a new and better chapter that we will write together. There's already been a long campaign, but many Americans are just now beginning to focus on the choice before the country. In the days ahead, I'll look forward to spending time with many of you personally," Romney said.

"I want to hear what's on your mind, hear about your concerns, and I want to learn about your families. I want to know what you think we can do to make this country better and what you expect from your next president," he said.

Romney outlined the themes of his campaign against Obama, asking Americans, accusing the president of failing to deliver on his campaign pledges of hope and change.

"After 25 years, I know how to lead us out of this stagnant Obama economy and into a job-creating recovery. Four years ago, Barack Obama dazzled us in front of Greek columns with sweeping promises of hope and change. But after we came down to earth, after all the celebration and the parades, what do we have to show for three-and-a-half years of President Obama?" Romney questioned.

"When it comes to the character of America, President Obama and I have very different visions. Government is at the centre of his vision. It dispenses the benefits, borrows what it can't take, consumes a greater and greater share of the economy.

"You know, with Obamacare fully installed, government would have control of almost half of the economy, and we would have effectively ceased to be a free enterprise society," he said.

Romney alleged that Obama is putting America on a path where their lives will be ruled by bureaucrats and boards, commissions and czars.

"He's asking us to accept that Washington knows best and can provide all. We've already seen where that path leads. It  erodes freedom. It deadens the entrepreneurial spirit. And it hurts the very people it's supposed to help. Those who promise to spread the wealth around only ever succeed in spreading poverty around," he said. 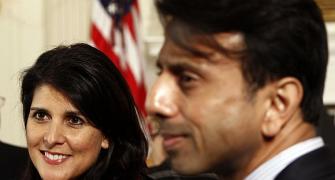 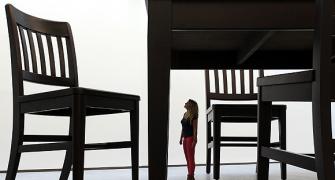 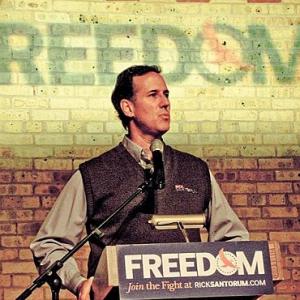