News
Business
Movies
Sports
Cricket
Get Ahead
Money Tips
Shopping
Sign in  |  Create a Rediffmail account
Rediff.com  » News » 'It will be an insult to Rae Bareli if Sonia loses'

Voters in Rae Bareli said they feel an emotional connection with the Gandhi family. 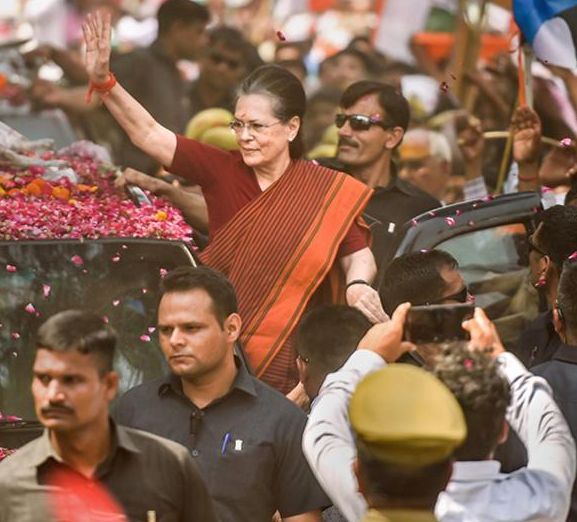 As Congress turncoat and Bharatiya Janata Party candidate from Rae Bareli, Dinesh Pratap Singh, prepares to take on United Progressive Alliance chairperson and four-time MP, Sonia Gandhi, voters say they are convinced that she will retain the seat.

While the BJP is trying to project the polls in Rae Bareli -- one of the country's most high-profile constituencies, as a contest between parivarvaad (dynastic politics) of the Congress and development -- people say they can't trust a man who "betrayed" the Gandhis.

Singh, a local strongman, was chosen by the BJP over Ajay Agarwal, a Supreme Court lawyer, who had contested from the seat in Uttar Pradesh's Awadh region in the 2014 general election.

Top BJP leaders including party president Amit Shah and Uttar Pradesh chief minister Yogi Adityanath have campaigned to garner support for Singh, trying to convince voters to switch from "the family" to usher in growth.

Bollywood actor Sunny Deol, who joined the BJP last month, will also hold a roadshow in Rae Bareli, which goes to polls on May 6, on Saturday.

Once a confidante of the Gandhis, Singh dubbed the Congress a "private limited company" of the first family.

"I quit the Congress because it was serving only the interests of one family and not the nation. It has become a private limited company of the Gandhis," Singh, who joined the BJP last year, said.

"Despite the segment repeatedly electing Gandhis from here, there has been no development and 3.29 lakh families, which is about 13.5 lakh people, here are still below the poverty line," he said.

However, the voters are unimpressed with the "son of the soil" and only want Gandhi, who has held the seat since 2004, to represent Rae Bareli.

A tea stall owner, Kishore Nandan, said it is a one-sided contest in the constituency.

"How can you trust a person who was once a close aide of the Gandhi family and has now switched sides?" he asked.

Kamlesh, who runs a sweet shop and a restaurant said, "This town is known because of the Gandhi family."

Recalling a visit to Mumbai, he said people there told him "you come from the place of Indira Gandhi and Sonia Gandhi".

Former prime minister and the UPA chairperson's mother-in-law, Indira Gandhi, had represented Rae Bareli from 1967 to 1977.

"We want that Sonia ji should represent us as MP throughout her lifetime," Kamlesh said, adding that Gandhi's defeat would earn Rae Bareli a bad name across the country.

Gandhi has only visited Rae Bareli twice this polling season -- first to file her nomination papers and second on Thursday, when she addressed a rally and attacked the BJP for making false promises.

However, the voters are unperturbed.

A labourer, Ram Asre said, "She may only come here occasionally as she is unwell, but she will surely win."

Much of the UPA chairperson's poll campaign is being handled by her daughter and Congress general secretary, Priyanka Gandhi Vadra, who has held public meetings and a roadshow here.

During the campaigning, the Congress leader accused the BJP of stalling development and described Singh as a "renegade".

"Dinesh Pratap Singh was part of our party and used to touch our feet. He has now changed sides. But Rae Bareli will teach him a lesson," she said.

Voters in Rae Bareli said they feel an emotional connection with the Gandhi family.

Though a fan of Prime Minister Narendra Modi, Deepak Tripathi, a businessman, said, "It will be an insult to Rae Bareli if Sonia Gandhi loses."

Another labourer, Ram Narain, said Gandhi has done a lot for the region, which is home to one AIIMS, a flying institute, Rajiv Gandhi University of Health Sciences and a footwear design centre. 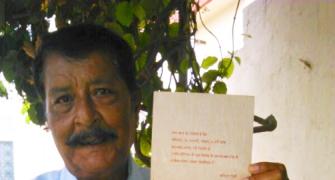 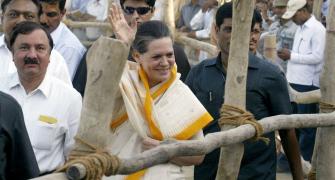 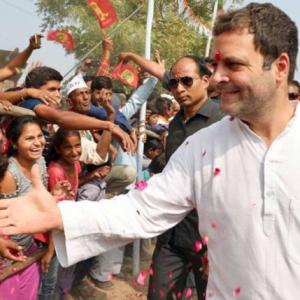 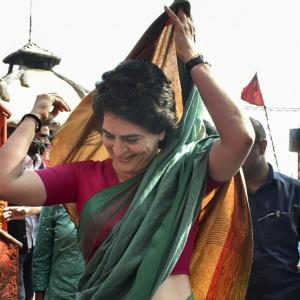