Mangalyaan-2 will be an orbiter mission: ISRO chief

As National Aeronautics and Space Administration's Perseverance rover landed on Mars in the early hours of Friday to look for signs of past life, Indian Space Research Organisation chief K Sivan said India's next mission to the Red Planet is likely to be an orbiter. He, however, did not provide an exact time frame for the mission -- Mangalyaan-2.

The second mission to Mars will be undertaken only after the launch of Chandrayaan-3, he said.

The third mission to the Moon or Chandrayaan-3, under which ISRO aims to land a rover on the satellite, has been delayed due to the coronavirus-induced pandemic and is now likely to lift off in 2022.

After its first Mars Orbiter Mission (MOM) was successful, the ISRO called for 'Announcement of Opportunities' on MOM-2.

'It is now planned to have the next orbiter mission around Mars for a future launch opportunity,' according to the Announcement of Opportunities.

Sivan said the space agency had asked the scientific community for suggestions on possible experiments and it is in the process of receiving these.

"Once we get these suggestions, we will prepare a project report and have discussion in (an expert) committee. Then we will go to Space Commission," Sivan told PTI.

The Space Commission is the highest body that takes policy decisions on activities related to space.

Asked whether the mission will be an orbiter or a rover, Sivan said, "Right now, we are thinking about the orbiter mission only. Rover, lander...we are at least not thinking in this process."

"Mangalyaan-2 will only be an orbiter mission," he said.

Mangalyaan-1 was launched in November 2013 and entered the Martian orbit in September 2014.

Designed to work for six months, the mission is in its seventh year now.

The launch vehicle, spacecraft and ground segment cost Rs 450 crore, one of the cheapest missions to Mars so far.

The Mars orbiter has sent thousands of pictures totalling more than two terabytes.

ISRO has other major projects lined up. After the Mars Orbiter Mission's success, it also decided to explore Venus.

However, the immediate priorities of ISRO remain to be Chandrayaan-3 and Gaganyaan -- both projects have been delayed due to the coronavirus-induced lockdown.

ISRO plans to send three humans to space by 2022 under the Gaganyaan (human space) mission.

Under Chandrayaan-3, ISRO will once again try to land a rover on the Moon.

The mission was to be launched late last year.

Chandrayaan-2 did not yield expected results as the lander hard-landed, dashing India's hopes to successfully land on the Moon.

The space agreements with the US and France mention cooperation in the area of Mars exploration.

'CNES and ISRO, with the support of Laboratoire de meteorologic dynamique (LMD, CNRS), will jointly work on the modelling of Mars and Venus atmospheres,' the vision statement said.

NASA too had signed an agreement with the ISRO for collaboration on the Red Planet.

"We have not yet received any communication from them on this yet. We had written to all international space agencies as well as our scientific community in India," Sivan said.

Perseverance, the biggest and the most advanced rover ever sent by NASA, made its landing at Jezero Crater. 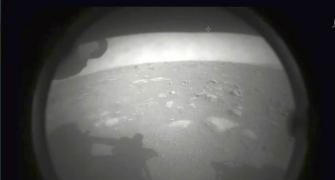 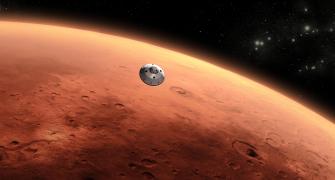 RED ALERT: The truth behind one-way ticket to Mars