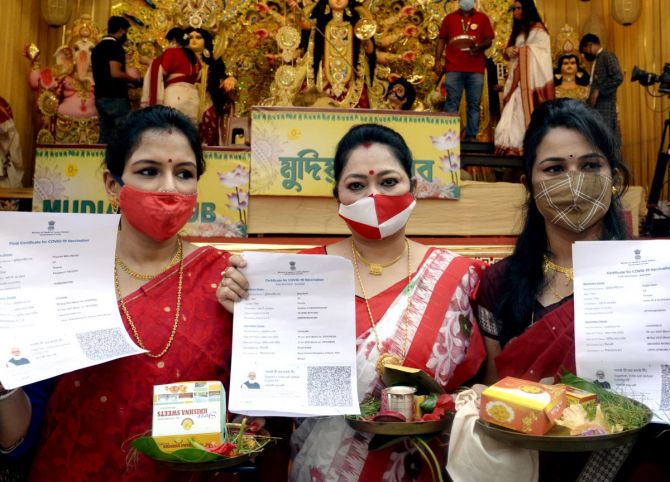 IMAGE: Devotees show their COVID-19 vaccination certificates as they arrive to perform the ritual of 'Sindur Khela' on the last day of Durga Puja festival, in Kolkata on Friday. Photograph: Saikat Paul/ANI Photo

The daily rise in new coronavirus infections has been below 30,000 for 24 straight days and less than 50,000 daily new cases have been reported for 113 consecutive days now.

A decrease of 6,152 cases has been recorded in the active COVID-19 caseload in a span of 24 hours.

The daily positivity rate was recorded at 1.37 per cent. It has been less than three per cent for last 49 days.

The weekly positivity rate was also recorded at 1.37 per cent. It has been below three per cent for the last 115 days, according to the ministry.

The number of people who have recuperated from the disease surged to 3,34,39,331, while the case fatality rate was recorded at 1.33 per cent.

The cumulative doses administered in the country so far under the nationwide COVID-19 vaccination drive has exceeded 97.79 crore.

The 166 new fatalities include 74 from Kerala and 29 from Maharashtra. 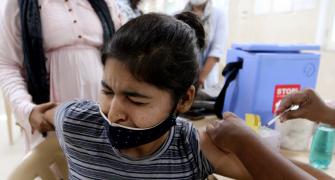