Nearly three-fourth of Indian Americans voted for United States President Barack Obama in the swing states which are considered to be decisive in the final results, a sample survey has found.

In the survey done by San Francisco-based April Media among voters from Ohio, Colorado, Wisconsin, Florida and Virginia, 75 per cent of Indian Americans voted for Obama.

In Pennsylvania, however, the community favoured Mitt Romney, the Republican presidential candidate.

Indian Americans in Pennsylvania believe that "Obama did not bring about the changes he promised," April Media said.

Interestingly, among the total Indian Americans in these swing states, only 40 per cent were registered to vote as the rest of them was either on a temporary visa status or permanent residents, the press statement said.

As many as 10 per cent of the people surveyed stayed away from voting while 10 per cent did not even bother to register to vote.

"The interesting thing was that nearly 20 per cent of Indian Americans who believed in Republican policies defected towards the Obama camp," said April Media. 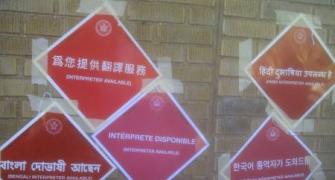 Hindi and Bengali: Voting in US' most diverse district 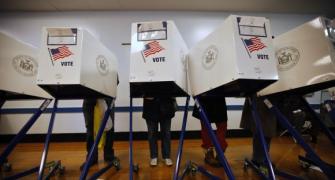 America VOTES for its next president 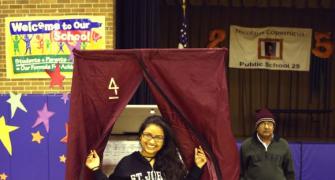 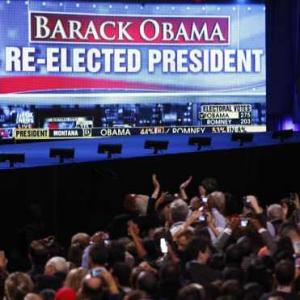 Obama squeezes ahead in nail-biting finish

Sunita Williams voted for prez before going into space