India on asylum to Myanmar refugees: 'Not signatory to 1951 UN convention'

The ministry of home affairs on Tuesday clarified India's stand of giving Asylum to Myanmar refugees, saying that the country is not a signatory to the 1951 UN Convention relating to the Status of Refugees and the 1967 Protocol thereon. 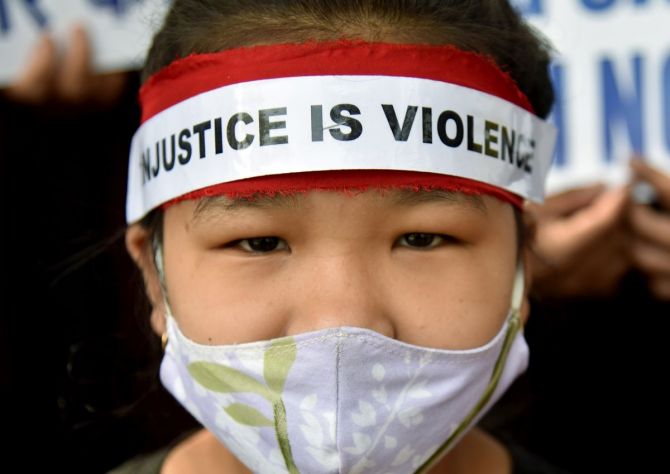 IMAGE: A Chin Refugee Committee member at a demonstration against Chinese President Xi Jinping for his support to the Myanmar Army, at Jantar Mantar in New Delhi. Photograph: Rahul Singh / ANI Photo.

In response to a question from Saugata Ray in Lok Sabha, the MHA said: "India is not a signatory to the 1951 UN Convention relating to the Status of Refugees and the 1967 Protocol thereon. All foreign nationals (including asylum seekers) are governed by the provisions contained in the Foreigners Act, 1946, the Registration of Foreigners Act, 1939, the Passport (Entry into India) Act, 1920 and the Citizenship Act, 1955, and rules and orders made thereunder."

"However, a Standard Operating Procedure (SoP) was issued in 2011 by the central government and amended in 2019 which has to be followed by law enforcement agencies while dealing with foreign nationals who claim to be refugees," the MHA added.

Earlier, the ministry had sent a letter to Nagaland, Manipur and Arunachal Pradesh asking the respective state governments to take action.

The ministry had reiterated that state governments and union territory administrations have no power to grant "refugee" status to any foreigner as India.

"In view of above, you are requested to take appropriate action as per law to check illegal influx from Myanmar into India," read the letter.

Foreign Secretary Harsh Vardhan Shringla had, last Friday, said the issue of the conflict-ridden situation in Myanmar came up during the first Quadrilateral Security Dialogue (Quad), with leaders agreeing that it was important to work towards the restoration of democracy in the country.

Addressing a special press briefing of the ministry of external affairs, Shringla said: "The Myanmar issue did come up in the discussions under the regional issues' agenda. Quad leaders felt that given the strong democratic credentials of each of the Quad members it was important to work towards the restoration of democracy in the country."

India is keeping a close eye on the current situation of a military coup in Myanmar, the MEA said earlier this month.

Speaking at a virtual briefing, Anurag Srivastava, MEA spokesperson, had reiterated India's call for peaceful resolve within the country.

"We are keeping a close eye on the situation in Myanmar. We are in talks with our partner countries on this. We have said that the issue must be resolved peacefully," Srivastava said.

At least 138 peaceful protesters, including women and children, have been killed in Myanmar since the violence that ensued after the military's forceful takeover on February 1, Stephane Dujarric, spokesperson for the United Nations (UN) Secretary-General, said on Monday. 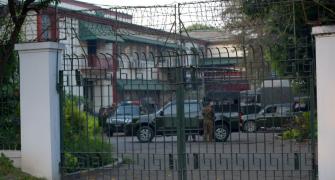 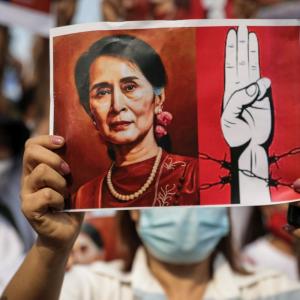 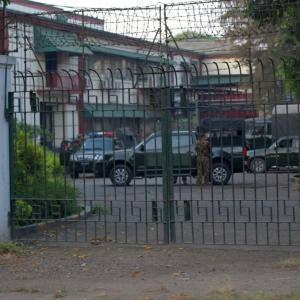