India will have two to five theatre commands to deal with future security challenges along the western and northern borders and the first one is expected to be operational by 2022, Chief of Defence Staff Gen. Bipin Rawat said on Monday, rolling out plans for big ticket military reforms. 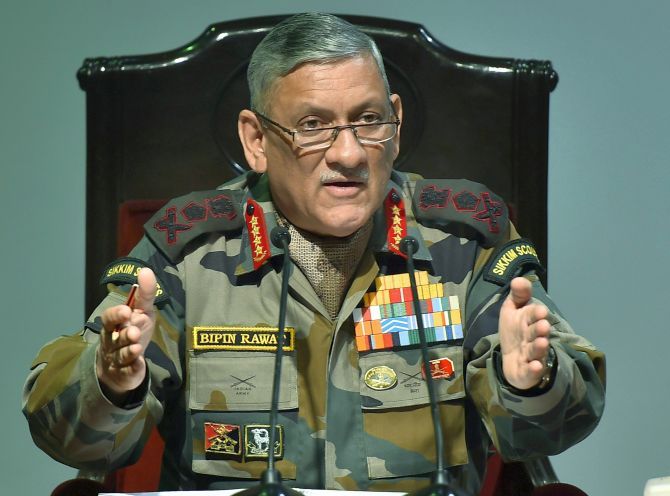 The chief of defence staff said the Western and the Eastern commands of the Indian Navy will be merged into the proposed Peninsular Command and it will take care of security challenges in the entire Indian Ocean region.

Gen Rawat said security challenges in Jammu and Kashmir will be handled by a dedicated theatre command in a major revamp of existing structures.

The chief of defence staff was talking to a group of journalists on his plans for military modernisation.

The government appointed Gen Rawat as CDS on December 31 to bring in convergence among the three services and restructure military commands to effectively deal with future security challenges.

Gen Rawat also said a new approach of staggered procurement of major military platforms like 114 fighter jets is being firmed up to address the problem of obsolescence.

The chief of defence staff said the proposed peninsular command is likely to take shape by end of 2021 and that its area of the command will range from from Sir Creek in western sector to Sunderbans in eastern region.

The tri-services command under a naval commander will have air assets as well as support of the army, and it will take care of entire responsibility of maritime security challenge in the Indian Ocean Region.

"The security of Indian Ocean region has to be dealt with by one commander and he will not be required to get approval from Delhi for operational matters including movement of ships," said Gen. Rawat.

He said the proposed air defence command is likely to be rolled out by middle of next year and certain air assets like missiles of the Indian army and the navy will be part of it.

The chief of defence staff said that government plans to have a separate training and doctrinal command modelled on similar structure in the United States, while a separate command will be set up to take care of logistical requirements of the three services.

He said a team headed by Vice Chief of the Indian Air Force is conducting a study to set up the air defence command and it has been told to complete the study by March 31.

"Then orders will be issued for implementation of the study. We should have the shape of the air defence command by first half of next year," Gen Rawat said.

On the peninsula command, he said it should be rolled out by the end of next year.

About the theatre commands each of which will have responsibility specific areas of operation, Gen Rawat said the aim is to make India's first theatre command by 2022.

"We are planning to have a separate theatre command for Jammu and Kashmir which will including the IB (International Boundary) portion," said Gen Rawat.

Each of the theatre commands will have units of the army, the navy and the air force and all of them will work as a single entity looking after security challenges in a specified geographical territory under an operational commander.

At present, the army, navy and the air force have separate commands.

Gen Rawat also indicated that the Indian Navy may not get an approval to have a third aircraft carrier anytime soon as the priority was to bolster its submarine fleet.

He said cost could be a major factor in deciding on the issue as the aircraft carriers are "very expensive".

On December 3, Navy Chief Admiral Karambir Singh said the Navy's long-term plan is to have three aircraft carriers so that two carrier battle groups are ready for deployment in the Indian Ocean Region round-the-clock.

The navy has been pitching for three aircraft carrier to deal with China's growing naval prowess and its growing influence over the Indian Ocean region, a strategically key area for India.

"The Navy says its submarine fleet is dwindling. Then submarine should be our priority," Gen Rawat said.

At present, the Indian Navy has one aircraft carrier, INS Vikramaditya, which is a Russian origin platform.

"We will see how it (INS Vikrant) comes out. Examine the performance," he said when specifically asked whether India will not have a third aircraft carrier.

Gen Rawat also said that India is looking at having overseas military bases to provide logistics support to its ships and vessels, as the country is looking at expanding its maritime presence.

The CDS has a key role in ensuring optimum utilisation of allocated budget, ushering in more synergy in procurement, training and operations of the services through joint planning and integration.

The other major mandate of the CDS is to facilitate indigenisation of weapons and equipment to the maximum extent possible while formulating the overall defence acquisition plan for the three services.

Gen Rawat said the newly created Department of Military Affairs will handle revenue procurement while the capital procurement will continue to be looked after by the defence secretary. 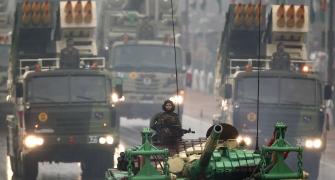 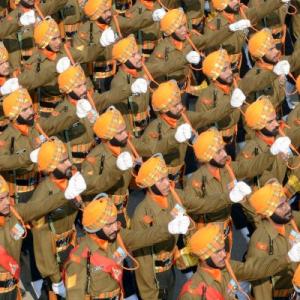 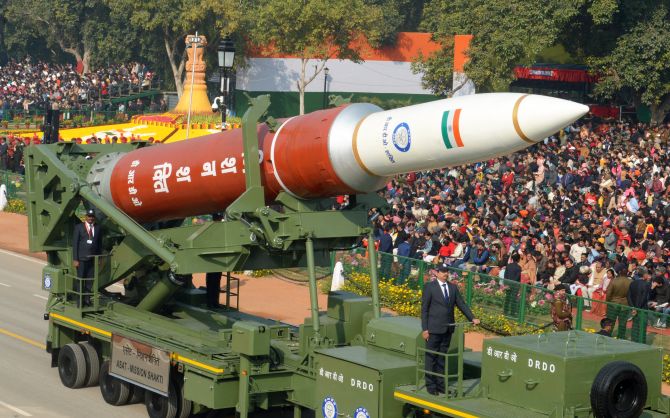