This could also be India's first vaccine for children aged 12 years and above as the company has conducted trials on the age group. The decision, however, lies with the regulator, reports Sohini Das. 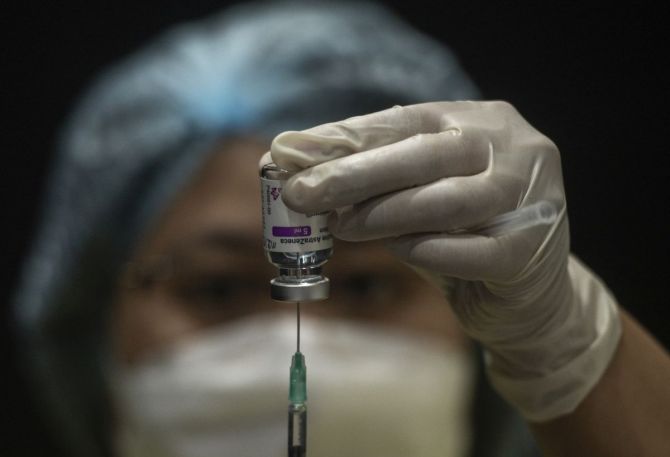 IMAGE: ZyCoV-D, the second indigenous vaccine after Bharat Biotech’s Covaxin, is a three-dose vaccine -- to be administered at day 0, day 28, and day 56. Photograph: Sirachai Arunrugstichai/Getty Images

Zydus Cadila may soon seek emergency use authorisation for its DNA-plasmid technology-based Covid-19 vaccine from India’s drug regulator. If approved, this would be the first DNA-plasmid vaccine in the world.

This could also be India’s first vaccine for children aged 12 years and above as the company has conducted trials on the age group. The decision, however, lies with the regulator.

India has three Covid vaccines already -- Covaxin (Bharat Biotech), Covishield (Serum Institute), and SputnikV (DRL). Sources in the government and the company confirmed that the Ahmedabad-based firm may seek an emergency use authorisation from the Drug Controller General of India in around a week. “The data analysis from the phase 3 trials is almost ready. The company may soon seek EUA for its vaccine,” a government official said.

ZyCoV-D, the second indigenous vaccine after Bharat Biotech’s Covaxin, is a three-dose vaccine -- to be administered at day 0, day 28, and day 56. The firm has said it is also working on a two-dose regimen of this vaccine.

Sharvil Patel, managing director of Cadila Healthcare, had said in April that the firm was working on trials to check if a two-dose regimen also worked. The clinical trials are being conducted on children -- 12 years and above.

Cadila Healthcare’s ZyCoV-D would be administered through a needle-free injection system. Typically, in an NFIS, a jet of fluid is accelerated to high speed, providing it significant penetrating power through a fine-diameter nozzle when placed against the skin. Patel felt the vaccine might have higher acceptance among children scared of needles. ZyCoV-D is stable at room temperatures, making the logistics of the vaccine easier.

The company is setting up a 120 million dose per year manufacturing plant for this vaccine, which requires a Biosafety level-1 facility. It is also tying up with partners to have a total production capacity of 200 million doses.

The technology is scalable, the company has said. And since the vaccine does not deal with a live virus, a BSL-1 plant is sufficient for manufacturing. This would open up possibilities for manufacturing tie-ups to scale up production for Zydus Cadila, a challenge its peer vaccine maker Bharat Biotech has faced. Covaxin, an inactivated virus vaccine, requires a BSL-3 lab.

Conventional active vaccines are made of a killed or weakened form of the infectious agent. DNA plasmid vaccine is a relatively new approach where a piece of DNA that contains the genes for the antigens is injected. The body then learns to develop an immune response against the antigen, and when the actual pathogen attacks, the body can generate specific antibodies against it.

The government has estimated that there would be an availability of 50 million doses of ZyCoV-D between August and December. 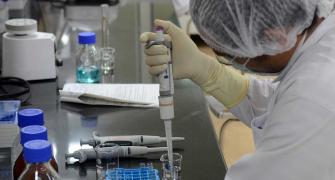 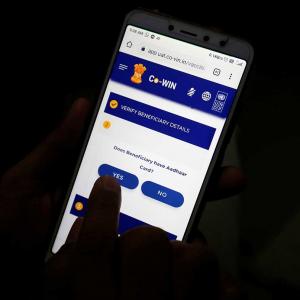