COVID-19: Take the first available vaccine to you

'All the vaccines that are available in most countries, right now, are all highly effective and safe.' 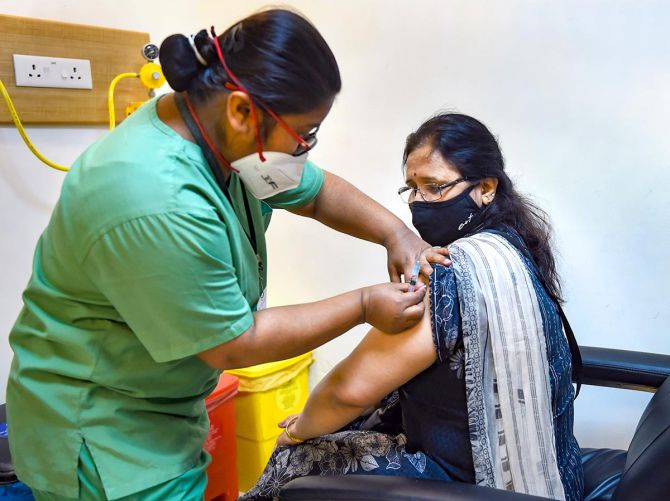 March 2021, miraculously just 15 months after the first case of COVID-19 was reported in Wuhan, China, we have at least 12 authorised* vaccines or more, to offer people a modicum of protection against this horrific scourge, worldwide.

The COVID-19 vaccines have attracted much more attention than many other vaccines through history.

The comparisons being drawn between each vaccine is not exactly legitimate nor helpful in reducing vaccine hesitancy and ultimately controlling the pandemic.

What is important is to go out and get the vaccine most accessible to you, quickly, so we all are vaccinated speedily and get protection against severe versions of the disease and the virus SARS-CoV-2 is swiftly checkmated and the pandemic fades away or dies.

In a special report, Vox.com highlighted (external link) how the nit-picking over efficacy numbers is counterproductive globally, especially since vaccine trials are all conducted in differing circumstances and frameworks.

The report was bolstered by the take of experts like Dr Amesh Adalja, senior scholar at the Johns Hopkins Center for Health Security and Dr Deborah Fuller, a microbiologist from the University of Washington.

Dr Adalja says the goal of a vaccine programme for COVID-19 is not necessarily to get to COVID Zero, but to 'tame this virus', 'defang it' and "the most important thing about COVID-19 vaccines is that they remove the ability of the virus to cause serious hospitalisation or death."

Dr Adalja is an adjunct assistant professor at the Johns Hopkins Bloomberg School of Public Health, attached to the Johns Hopkins Center for Global Health and is an emergency medicine, critical care and infectious disease specialist in Pittsburgh. His areas of focus are biosecurity, emerging infectious disease and pandemic preparedness and he usefully addresses the public on COVID-19 via various forums. IMAGE: People provide their details before getting vaccinated with the Covishield vaccine at a government health care centre in New Delhi, April 1, 2021. Photograph: Kamal Kishore/PTI Photo

At this point we need to go with whatever vaccines we have and not be choosy, to reduce the pandemic, as you said in your interview to Vox.com. But is there any sense in eventually striving for more perfection in a COVID-19 vaccine?

Eventually, we want to have the best vaccines possible. I think you will see refinements of the vaccines over time, where they may have second-generation vaccines that maybe have less side effects, that have less difficult storage requirements and that may be single dose. All of that will probably come in time.

These vaccines, the ones that we currently have, are excellent for the purpose of ending the pandemic.

But when we're talking about routine vaccination or pediatric vaccination (in the future), there may be different vaccines that end up being developed. There are many more vaccines, that are in the pipeline, and are not in the headlines, because they're sort of at the back of the pack and not part of the first generation that have been approved.

Would you agree that there's too much attention on these first-generation vaccines, which is a confusing people?

I do think a lot of people got caught up in trying to compare efficacy numbers -- numbers that aren't able to be compared.

A lot of people got interested, especially from the press, at looking at this as a race -- to see who crosses the finish line first.

The world's eyes are on these vaccines, in a way that probably hasn't been the case, since the vaccines that were developed for polio. So, they're finding things to write about, and this is what they do. But I think the negative consequences of when they write something -- that sometimes doesn't have all the nuances or all the details in it -- may end up adding to vaccine hesitancy, if the general public doesn't quite understand the level of detail necessary to be able to make judgments.

I worry when people write bad stuff about the AstraZeneca vaccine. People often will just read the headline and not read what, actually, is in the body of the of the story and they walk away thinking something might be wrong with this vaccine. The sum and substance of the Vox report, for which your viewpoint was taken, was that Johnson & Johnson, AstraZeneca, Moderna and Pfizer trials were done in different seasons, different 'epidemiological seasons', different countries and with exposure to different strains of the virus, ie including the more significant variants.
A senior vaccine scientist told me that drug companies measure efficacy in their own way, considering different factors and one cannot necessarily compare data. What would you have to say about that?

All of that makes it impossible.

This wasn't a head-to-head trial between the vaccines. These are separate clinical trials. There's no way to make any kind of meaningful statistical comparison there. And it's misleading to do so. 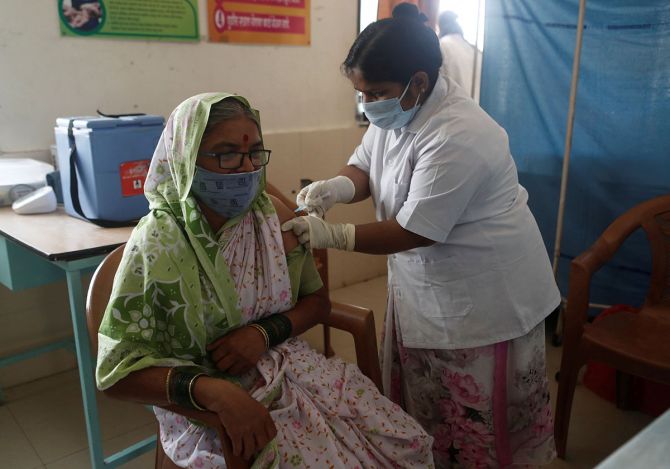 You mentioned the AstraZeneca vaccine (Covishield in India) which is trying to enter the US market.
Suddenly, after the US reports, AstraZeneca is not measuring up. And there are suggestions that European trials don't meet the standards of American trials vis-a-vis AstraZeneca and that it isn't as good.
What does that mean?

There's been some missteps, in communication with AstraZeneca, that have clouded the vaccine.

But if you look at the clinical trial data from the Phase III clinical trial, that was just released in the United States, it appears to be a safe and efficacious vaccine.

It's a vaccine that's a major part of the pandemic response in the United Kingdom, and it is performing very well there. So, I have no concerns about the AstraZeneca vaccine. It seems that Moderna and Pfizer vaccines might have higher efficacy, but they're more expensive vaccines. And they have all these cold-chain issues. And they're not even being offered in India.

I don't think you can say that Pfizer and Moderna have higher efficacy, because they were not -- just like we said -- studied at the same circumstances. You can't say anything about that; you can't make a comparison

The AstraZeneca vaccine, the Johnson & Johnson vaccine -- those are much easier to put in place for a mass vaccination campaign, that we need for this pandemic.

Is that the reason why Johnson & Johnson conducted its trials in other countries too (South Africa and Brazil), because they wanted to be more global?

Yes. I think also they're competing for candidates and vaccine trials. So, you have to go where there are people that need to be vaccinated.

But the Johnson & Johnson vaccine trials were very useful because we got data on the South African variants through their trials.

It's basically all about practical matters -- basically One and Done.

Any time you can make a vaccine schedule simpler and easier, you're going to increase the real-world effectiveness of the vaccine, because then you just have to find people once, you give them their shot, and it's done. IMAGE: Nurses prepare the vaccine to be administered to the beneficiary. Photograph: PTI Photo

India has a long and very competent record for developing vaccines and running vaccination programmes.
Even so, when India first started developing vaccines against COVID-19, one was, to be honest, slightly skeptical, quite wrongly so. And one wondered, last year, whether and when more 'sophisticated', supposedly more efficacious vaccines, like Pfizer or Moderna, or others coming along, would come to India.
They aren't coming, they can't and we don't need them. And India was extremely wise in, from the outset, deciding to stand on its own feet and either manufacture or create its own vaccines.
That was absolutely the right way to go.
Do you feel that countries need to stand on their own feet and not be waiting for vaccines from elsewhere?

The larger issue is that when there's an infectious disease emergency, much of the response is going to be driven by governments.

Governments are going to control vaccine development and vaccine distribution. And what ends up happening is, is that you have a lot of vaccine nationalism.

So, for countries that do not have their own manufacturing capacity, they're going to be reliant on other countries being able to export the vaccines to them. What ends up happening is, invariably, some countries will start to put export restrictions until their own populations are vaccinated.

That happened in 2009, during the H1N1 pandemic, when Australia put an export restriction on their flu vaccine.

That's happened now, in Europe. In Europe, there are export restrictions from the EU, on certain vaccines.

Many countries develop their capacity in order to be able to guard against that possibility, because governments and politicians are always going to be susceptible to vaccine nationalism, because it plays well in domestic politics. 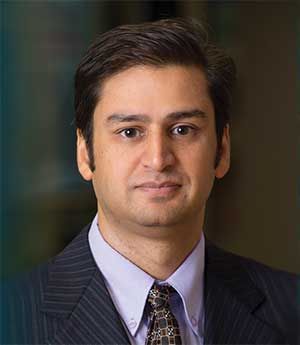 We spoke about efficacy of a vaccine. Lack or existence of side effects is a big thing. But how does one select whether a vaccine is good or not?

All the vaccines that are available in most countries, right now, are all highly effective and safe.

You should take the first vaccine that's available to you.

Right now, I don't think there's any way to differentiate between them.

I sometimes recommend to people to get the Johnson & Johnson vaccine because it's a single-dose vaccine, and it's easier to get and then you're done.

For the general public is very hard to be able to select. It is not the same thing as buying a car or something, where you can look at all of them.

For the general public it is virtually interchangeable at this stage.

I wouldn't say anything. The only way to select is some people may want a single-dose vaccine and not want the hassle of coming back for a second dose. That might be one way to select at this point.

But what I would say right now is, the safety and efficacy of at least the three that are available, for instance, in the United States, are, to me, interchangeable.

*Given permission by one or more national regulatory bodies for public use, 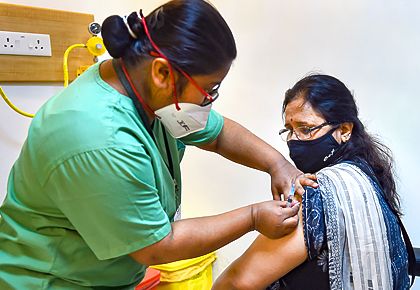 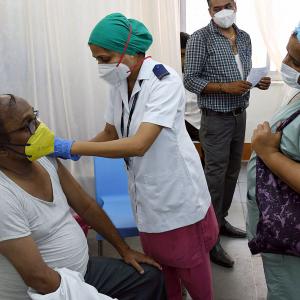