India is engaging with China through diplomatic and military channels, Foreign Secretary Harsh Vardhan Shringla said on Monday, asserting that if there is no communication with that country, then the Sino-India border situation would be much worse. He made the remarks while talking about diplomacy in times of the COVID-19 pandemic at a webinar organised by the Institute of Chartered Accountants of India.

Shringla said that diplomacy is looking at a very changed scenario in terms of how statecraft and relations between countries work in the wake of the pandemic.

"Countries do need to communicate. You cannot stop communications because otherwise the other alternative is greater frictions, tensions and problems, and probably conflict also," he said.

"For example the increased tension on our border with China. I mean, if there is no communication with that country then we would have a much worse situation, but yesterday our National Security Adviser (Ajit Doval) spoke to his counterpart.

"Earlier our Foreign Minister (S Jaishankar) had spoken to the foreign minister of China," he said.

There are other diplomatic and military channels that India is engaging in, he said.

"So we are talking to them and if you stop talking then you can imagine what the consequences (would be). So diplomacy has adapted to this new situation and gone strongly digital," Shringla said during the webinar titled 'Implementing the vision of Aatma Nirbhar Bharat'.

His remarks come amid the standoff between the Indian and Chinese armies in multiple locations in eastern Ladakh for the last eight weeks.

The tension escalated manifold after 20 Indian soldiers died in a clash with Chinese soldiers in the Galwan Valley on June 15.

However, there was no visible sign of any end to the standoff.

During the webinar, Shringla said that even though a few world leaders have now started meeting physically, virtual meetings have become the dominant mode of diplomatic engagement and will continue to be so till there is an effective vaccine available against COVID-19.

"India has been at the forefront of such digital diplomacy. I have mentioned how Prima Minister Narendra Modi turned challenge into opportunity to start global conversations using virtual platforms," he said.

"He (PM Modi) also held for the first time, a bilateral summit with the Australian prime minister. In addition, he has spoken to his counterparts in over 60 countries in this period of time.

"On his part, Foreign Minister S Jaishankar has also reached out to foreign ministers from 76 countries. He has also attended the meetings of BRICS, SCO, RIC groupings and had joint meetings with his counterparts from the US, Australia, Japan, Brazil and South Korea," Shringla said.

The foreign secretary said, at his level, he too had engaged with several counterparts digitally.

As another example of digital diplomacy, Shringla said ambassadors of various countries to India were presenting their credentials digitally.

"At the Ministry of External Affairs, we are attempting to find common ground between time honoured diplomatic protocols and new age internet protocols," he said.

Talking about the Aatma Nirbhar Bharat vision, Shringla said, "What the government has done is made an exceptional package available for what would be the most vulnerable sections of our society and economy."

"I had in an earlier address conveyed my view that the idea of self reliance or Aatma Nirbhar Bharat does not mean seeking self-centered arrangements or turning the country inward," he said.

The call for Aatma Nirbhar Bharat is not about reverting to economic isolationism, its essential aim is to ensure India as a key participant in global supply chains, Shringla said.

"Through building capacities at home we also intend to contribute to mitigating disruptions in the global market," the foreign secretary said. 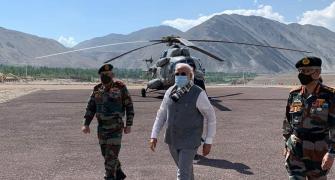 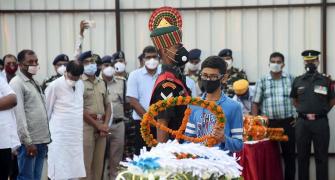 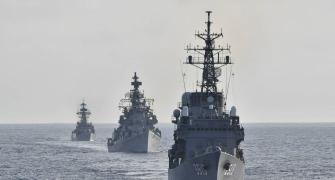