Defence ministers of India and China will hold talks in New Delhi on Tuesday during which they are expected to take a decision on resuming the military exercises of their Armies stalled since 2010.

During his talks with A K Antony, Gen Liang Guanglie, who has become the first Chinese Defence Minister to visit India in eight years, is expected to address New Delhi's concerns over Chinese military infrastructure build-up along the border and discuss more Confidence Building Measures.

Gen Liang's visit takes place at a time when the two Asian giants are competing vigourously to gain a foothold across the continent for resources. He arrived in Mumbai on Sunday on a five-day visit to the country.

He is scheduled to hold wide-ranging discussions with Antony on issues relating to border and bolstering military-to-miltary cooperation. "We are planning to resume the army-to-army exercise 'Hand-in-Hand' from next year and a final decision in this regard is expected to be taken at the meeting between Gen Liang and his Indian counterpart," a senior Indian defence ministry official said.

After his meeting with Antony, the Chinese defence minister will hold a meeting with the chairman, Chiefs of Staffs Committee Air Chief Marshal N A K Browne at the South Block before calling on Prime Minister Manmohan Singh.

The first exercise was held in Kunming, China in 2007 and the second in Belgaum in India in 2008. The third edition was to have been held in China in 2010 but has since remained stalled.

After the denial of visa to the then Northern Army Commander Lt Gen B S Jaswal by the Chinese in 2010, New Delhi froze all bilateral defence exchanges with Beijing.

Though the defence exchanges have restarted, there were still some issues such as China declining to give visa to an IAF officer belonging to Arunachal Pradesh.

China considers Arunachal Pradesh as part of his territory and calls its as 'South Tibet', a claim rejected by India, which says the state is its integral part. The two sides also have a long-pending boundary problem along the over 4,000 km-long Line of Actual Control.

The Special Representatives of the two countries have held 15 rounds of talks on the issue but not much progress has been made in this regard. Gen Liang's visit will be the first by a Chinese defence minister to India since Gen Cao Gangchuan's trip here in March, 2004. A Defence Minister-level visit to China from India had last taken place in May, 2006.

He will also visit Taj Mahal in Agra and Qutub Minar in New Delhi. 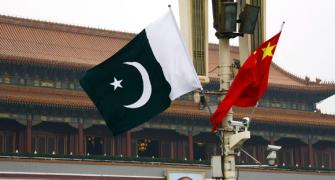 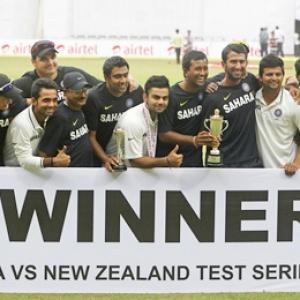