The Federation of Indian Associations hosted an event to celebrate India's Independence Day at Times Square in New York. 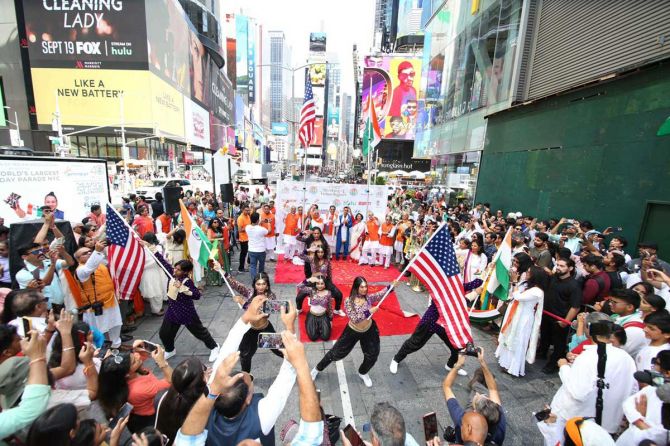 IMAGE: Shankar Mahadevan at the event. 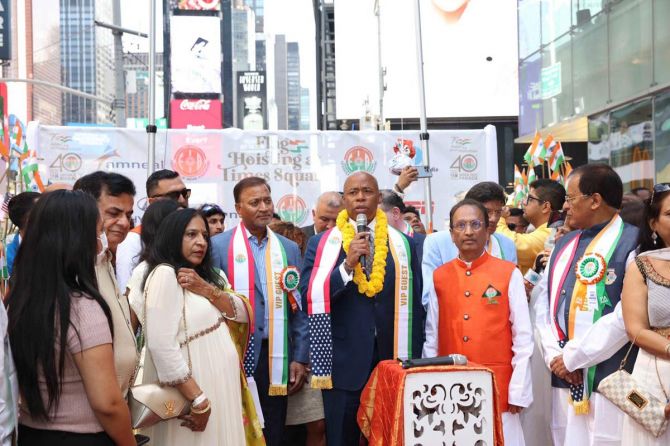 IMAGE: This is Mayor Adams's first appearance at an Indian event since his election last November. 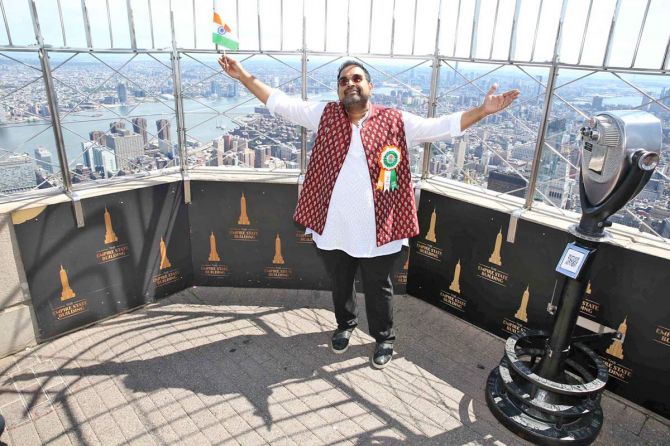 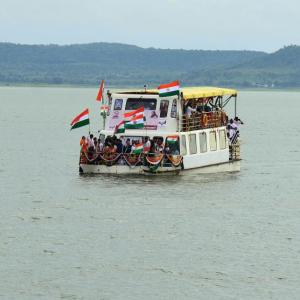