The next quarter-century could mark India's rise as a nation to be more whole-heartedly admired if it addresses its institutional and policy failures, and focuses on reducing its inequalities and addressing its iniquities, asserts T N Ninan.

How should we assess India's record as an independent country over the 75 years since Independence?

The most obvious point is that it has marked a dramatic departure from the preceding 90 years of colonial rule, and the century of exploitative colonial capture before that.

After close to two centuries of first rapid decline and then stagnation, with (to use a typical indicator) average life expectancy in 1947 of 32 years, India has emerged with new dynamism, imbued its freedom with a sense of purpose, and devoted itself to social and economic progress.

Belying dire commentary by Western observers (e.g. Selig Harrison in 1960, that India would descend into military rule like Pakistan or simply break up; or a Winston Churchill so blinded by his imperialism-racism as to say that "India is no more a united nation than the Equator"), the country has stayed united and whole, and remains one of the few post-colonial polities to remain democratic.

These are considerable achievements in and of themselves.

On the economic front, India moved from the initial promise of a new dawn to worrying under-performance, and then achieved a revival as one of the better-performing economies of the last three decades.

It is now in a position to be the fastest-growing large economy for the foreseeable future.

This year, India will become the world's fifth-largest economy. A decade ago, it didn't make the Top 10.

The country remains one of the non-worry spots on the world map.

It is stable and predictable, and a responsible nuclear power.

Despite unresolved conflicts with two neighbours, it has positive relations with almost all countries that matter.

It has no irredentist ambitions, and is usually part of the solution rather than the problem -- as with climate change.

It is the third-largest contributor to world economic growth.

But it is a patchy record. Despite the passage of 75 years and the resources of a growing economy, India has failed on three primary fronts: Universal school education up to the matriculation stage, universal health care with a good public health system, and jobs for all those looking for them.

To adapt Thoreau, 'Most Indians lead lives of quiet desperation'.

To these primary failures one could add two more: Failure to provide universal access to the basics (including clean water and clean air), and the absence of a proper law and order-cum-justice system that does not have two-thirds of the prison population classified as 'under-trials'.

These failures are compounded by damage to the environment, and a growing water scarcity because of unsustainable agricultural practices.

The victims of these failures are almost entirely the under-class: Dalits and tribals, migrants and other workers in the informal sector -- in a word, the powerless.

India therefore has become a deeply unequal and unjust society.

These failures are widely recognised but (for reasons not fully analysed or understood) have not become the focus of urgent and effective action.

The successes, impressive as they are in a growing variety of fields, are essentially the successes of this upper layer -- but not to be belittled on that account.

Meanwhile, the public institutions that give an unadorned democracy (a country with popular rule through periodic elections) the sinews of a liberal republic, by acting as checks on the executive, have been decaying for years -- eroded from within and from without.

The next quarter-century could mark India's rise as a nation to be more whole-heartedly admired if it addresses its institutional and policy failures, and focuses on reducing its inequalities and addressing its iniquities.

That would truly make it an Indian century. 'India is getting better' 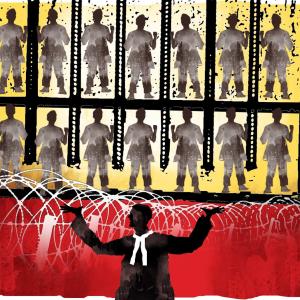