Bharatiya Janata Party chief J P Nadda on Tuesday asked party leaders in Rajasthan to do self-analysis about their contribution to the organisation and work to take everyone along, remarks which come in the backdrop of rising factionalism in the party's state unit. Addressing a state executive committee meeting, Nadda said that leaders who have been in the party for long tend to stop doing self-analysis.

"Knowingly or unknowingly, we assume that we know everything. This is the beginning of stagnation... the truth is our productivity decreases...," he said.

"I request everyone here to do self-analysis. What is your commitment, your relevance? Politics is a place where you have to relevant.

"Relevance means how much are you contributing to the party... how much are you acceptable. As a leader you will have to develop the quality of taking along everyone which will increase your acceptance,” he said in a candid address.

Among those who attended the meeting were central office-bearers from Rajasthan and functionaries of the state unit. Former chief minister Vasundhara Raje was also present.

Nadda's visit assumes significance as it came ahead of former chief minister Vasundhara Raje's planned 'dharmik yatra' next week, seen as an attempt to re-assert her influence in the state unit after maintaining a low profile since the BJP's defeat in 2018 assembly polls.

The party has distanced itself from Raje's 'yatra'.

“Are we working with maturity? There should be self-analysis,” Nadda said at the meeting, while stressing that the leaders should keep on striving to enhance their relevance, acceptance and maturity.

He said that one becomes a leader by actions.

“Leadership is developed when you take everyone along,” Nadda said, adding “the BJP is a cadre-based party and it is our responsibility to strengthen that cadre.”

The Raje camp has been restive over the past few months, with 20-odd MLAs expressing their resentment against the state leadership for allegedly not being allowed to raise public interest issues in the assembly.

Some of the leaders considered close to Raje have already raised a demand that she be declared the chief ministerial candidate for the next assembly elections.

Speaking on the agitation against the agri laws, the BJP national president alleged that farmer leaders have "only done politics" and said it is Prime Minister Narendra Modi who took steps for the welfare of the farmers.

He claimed that the reforms initiated by the central government will change the fortune of the farmers.

Nadda also targeted the Congress for changing its stand on the issue. 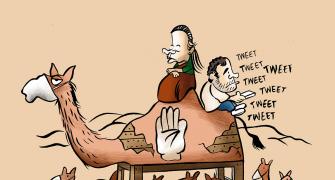 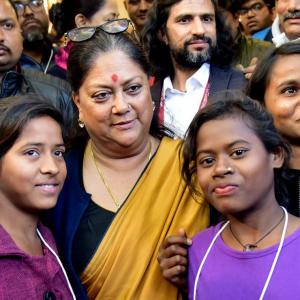