News
Business
Movies
Sports
Cricket
Get Ahead
Money Tips
Shopping
Sign in  |  Create a Rediffmail account
Rediff.com  » News » 'BJP is going to remain in power for a very long time'

'The BJP is the most progressive force within Hinduism today.' In the 1991 general election, at the height of the Ram Janambhoomi movement, the Bharatiya Janata Party won 51 out of 85 Lok Sabha seats in Uttar Pradesh.

While in 2014, without any exclusive appeal to Hindu voters, it won 71 out of 80 Lok Sabha seats.

The party repeated its performance in the 2019 general election and won 65 Lok Sabha seats in UP despite two major political forces in the state -- the Samajwadi Party and the Bahujan Samaj Party -- coming together against the BJP.

Surely, Narendra Damodardas Modi and Amit Anilchandra Shah have achieved an electoral feat that Atal Bihari Vajpayee and Lal Kishenchand Advani could not.

In his book Jugalbandi: The BJP before Modi, author Vinay Sitapati explains how the Modi-Shah duo could unite Hindus across caste lines and how they understand the caste dynamics better than other political parties.

"They are going to remain in power for a very long time as they have understood the centrality of managing castes, managing reservations much better than the Congress did," Sitapati tells Rediff.com's Saisuresh Sivaswamy and Syed Firdaus Ashraf in the concluding segment of a five-part interview.

Talking about the Meenakshipuram conversions in Tamil Nadu where Dalits converted to Islam in 1981, why did Vajpayee fail to capitalise on Hindu votes after that incident, whereas Advani successfully capitalised on the Ram Mandir issue?

The larger point I am making is that the rise of the BJP in the 1980s was demand driven initially and it was not orchestrated by the RSS and Vishwa Hindu Parishad.

By the early 1980s, there was palpable anxiety among Hindus, especially in North India.

And I point to three factors, one is the Khalistan movement. Hindus of all castes and communities were being attacked in Punjab. That created anxiety.

The larger anxiety was over (the possibility of) India's geography being split once more. Moreover, the RSS considers the Sikhs as a martial sect within Hinduism. If they call themselves as separate religion, it would go against the idea of 'Hindu unity'.

Another reason for the anxiety, among the upper castes, was OBC reservations in North India. They felt the upper caste Hindus and OBCs were getting split.

And the third was Saudi money coming to India and (allegedly) fuelling (religious) conversions. These were three kinds of anxieties.

Now Meenakshipuram is a small town in South India, far away from the power centre.

A group of local Dalits oppressed by the Hindu Thevar community converted to Islam and lost their scheduled caste status because you cannot be a Muslim Dalit and get reservations.

Nobody expected this reaction and there was outrage across India.

Even in the Dravidian movement there was outrage. I think (then) Chief Minister M G Ramachandran went there and G K Moopanar, who was a local Congress leader then, also went there.

Indira Gandhi too made a statement.

All of them were reacting to a ground-level outrage.

At that point, on the ground, Hindu anxiety was real and not invented. And at this very time, the Hindu party, the BJP, was going on a socialist-secular trajectory.

The field was thus open and into the field steps in the RSS, the VHP and the Congress party.

In 1983, when the Ayodhya movement was being created which was direct reaction to Meenakshipuram, there were two Congressmen on the stage.

Later on, Rajiv Gandhi opened the locks of the Babri Masjid and conducted the shilanyas at Ayodhya in 1989.

There were rumours that Indira Gandhi herself had decided to open the locks of the Babri Masjid.

Indira Gandhi had become a Hindu goddess in the 1980s. Indira Gandhi in the early '80s even went to Jammu and projected herself as the protector of Hindus against the Muslim National Conference of Farooq Abdullah.

In this situation you have the BJP under Vajpayee taking a socialist trajectory and not raking up Meenakshipuram.

You have the RSS and the VHP supporting Hindu anxiety and the Congress pandering to that electorally.

To me that is the cauldron which creates the first rise of the BJP.

Did Vajpayee miss that bus of garnering Hindu votes from Meenakshipuram while Advani jumped on it with the Ayodhya movement?

Yes, he missed the bus and Advani was trying to get in before bus left him.

By 1983 itself, the (Ayodhya) movement begins, but the BJP takes up the Ram Mandir issue only in 1989 at its Palampur session.

Today we are living through passions and tensions unleashed in India in the 1980s and I suspect it could have gone another way. I don't think it was fated.

Now that Narendra Modi has shown that it is possible to break the Nehruvian consensus and win an electoral majority not once but twice -- which Vajpayee-Advani couldn't do -- can we say that the movement has reached its full potential?

Tough to say, I am reading the newspaper like you are. My suspicion is that they are not going to stop here.

They are looking at West Bengal, Tamil Nadu and Kerala.

How did Modi paper over the Mandal fault lines and wean away the OBCs and Dalits in large numbers, something that even Vajpayee with his moderation couldn't do?

Largely because he is from the Other Backward Castes.

Is it not true the Vajpayee government gave his community the OBC tag?

The Vajpayee government gave an approval of that OBC in the central list.

What I am pushing back on is the suggestion that the BJP remains an upper caste party, as that is flawed.

A lot of my friends in the Left spend time saying that, but empirically it is not true. We have an OBC prime minister and a Dalit President.

And the ideology is open to that idea, though the symbols that they are using to unite are upper caste symbols like cow slaughter ban and Sanskrit shlokas.

Another example is that pracharaks, wherever they live in India, speak Sanskritised Hindi.

The BJP is the most progressive force within Hinduism today, and it is much more exclusive of religion than traditional Hinduism is.

I quote your own former colleague, Sheela Bhatt, in my book, stating that Modi in the early 1980s knew the caste break-up of every village in India. He sees India from that perspective, through communities.

Advani had zero feel for caste and Charan Singh once tells him that he didn't understand the dynamics of caste.

Amit Shah and Modi have not touched that, not once, because if you dilute reservations, then the OBC identity begins separating from Hindutva identity.

Recently, they have implemented OBC quota in Sainik schools. No other government would have the guts to do that.

Is that the reason they do not want to release the caste census of India? It has not been released since 1931.

The BJP does not want to touch it, but that does not explain why the census does not count OBCs.

Definitely the Mandal Commission report stating that they are 52 per cent is largely wrong, but it is in large numbers for sure. I believe 40 per cent of OBC population is a better estimate.

I want to say Hindu nationalism does not remain an exclusive upper caste territory. This is not just for the voting trends, but a deeply held belief.

And that is the reason they are going to remain in power for a very long time as they have understood the centrality of managing castes, managing reservations much better than the Congress did.

But they have not been able to reduce the tensions arising out of caste and the inequality and anti-Dalit violence.

I would not disagree. But Indian democracy is a competitive game and the BJP just needs to be slightly better than any other party.

For Dalits to vote in high numbers is a difficult bridge to cross, but the BJP needs only enough OBC and upper caste votes to win elections.

Dalits are also voting them in large numbers.

One-third of them. The traditional upper caste air of Hindu nationalism has changed and while it has changed, it has become even more anti-Muslim. 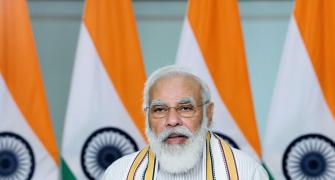 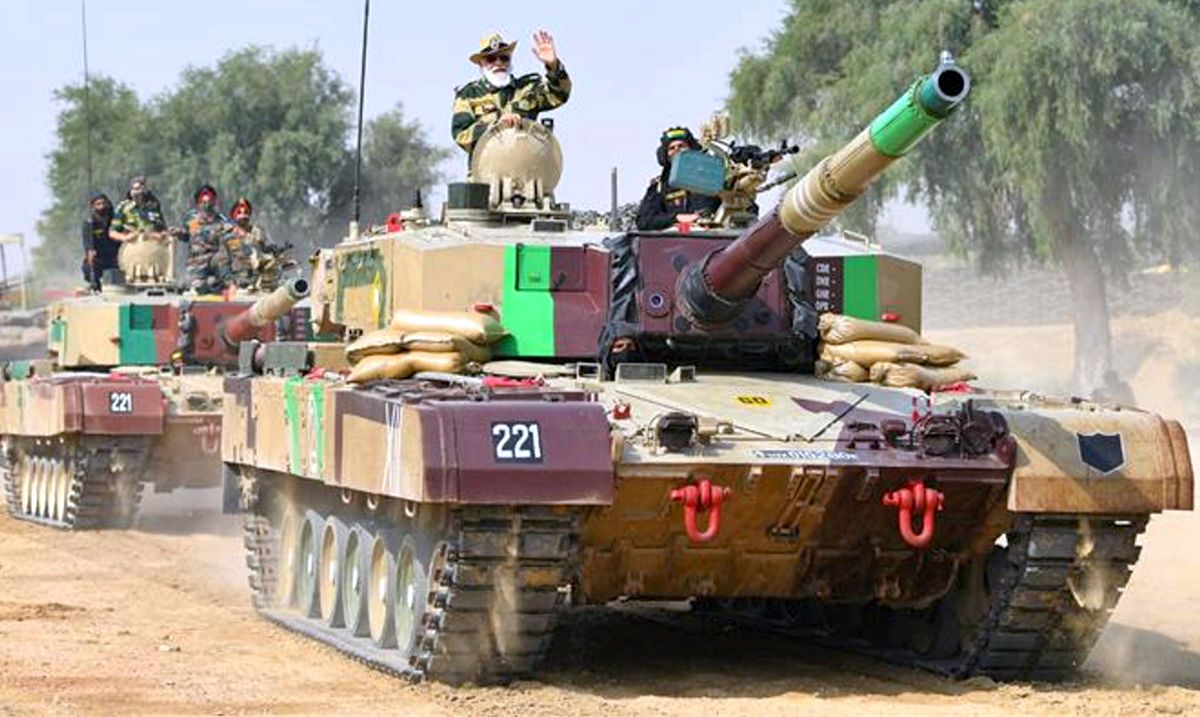