In MP, everything hinges on MLAs' resignations

After the Supreme Court directed holding of a floor test in the Madhya Pradesh assembly on Friday, everything hinges on the decision about resignations of rebel Congress MLAs whose action triggered a political crisis in the state. 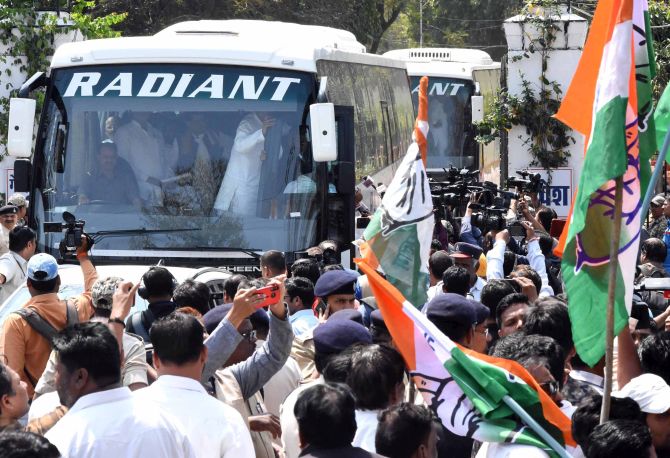 The Supreme Court on Thursday directed Assembly Speaker N P Prajapati to convene a special session on Friday for conducting the floor test which must conclude by 5 pm.

The Kamal Nath-led Congress government plunged into crisis after the resignations of 22 rebel MLAs of the ruling Congress earlier this month.

Resignations of six of them have been accepted by the speaker, while a decision is pending on the remaining 16 Congress legislators.

In the 230-member assembly, the current strength of the Congress is 108 (resignations of 16 of its legislators is on hold).

If these 16 resignations are accepted by the Speaker or if these MLAs abstain during assembly proceeding, the number of Congress members will be reduced to 92.

On the other hand, the opposition Bharatiya Janata Party has 107 members in the house.

The BJP had paraded 106 legislators before the Governor on Monday. One of its MLAs, Narayan Tripathi, was absent during the parade and was seen with Congress MLAs after assembly proceedings that day.

The overall strength of the house has been reduced to 222 after the resignations of six MLAs were accepted by the speaker. Two seats are lying vacant.

The Bahujan Samaj Party has two MLAs, while the Samajwadi Party has one and there are four independents legislators.

All these MLAs BSP, SP and independents -- had extended their support to the Congress during the formation of government in December 2018.

In the current situation, the majority mark is 112.

In case of acceptance of resignations of 16 rebel Congress legislators, the overall house strength will drop to 206.

If 16 MLAs currently staying in Bengaluru abstain, the majority mark in the house will fall to 104. 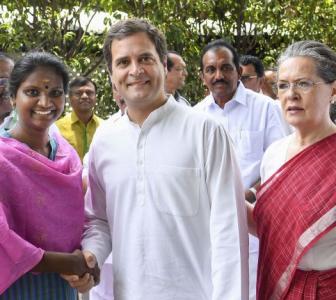 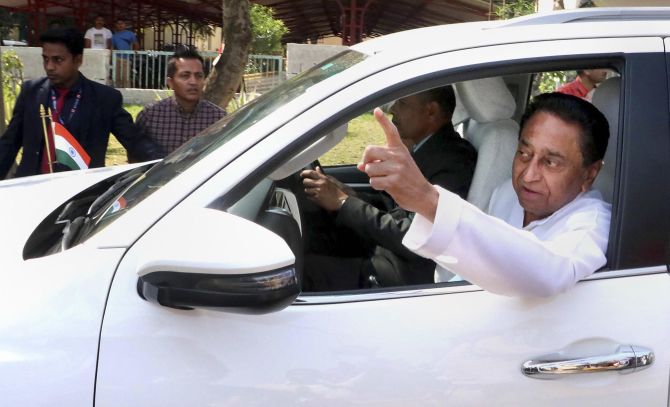