A Mig-29 multi-role fighter aircraft of the Indian Air Force crashed in Chuharpur village near Jalandhar in Punjab on Friday after it developed a technical snag, officials said. 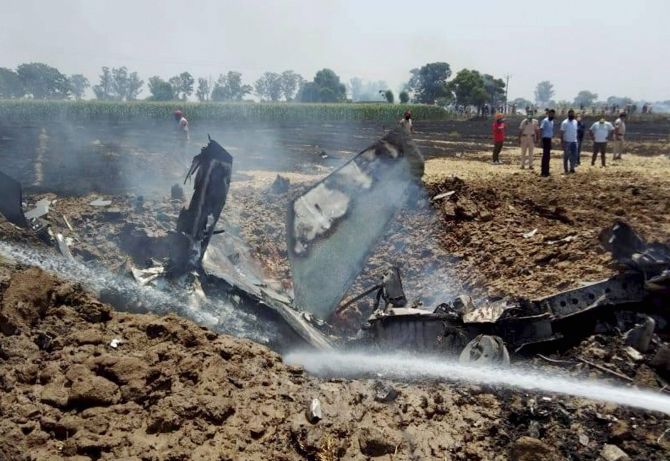 IMAGE: The wreckage of the MiG-29 fighter aircraft of the Indian Air Force (IAF) which crashed in Chuharpur village of Nawanshahr district, on Friday. The pilot of the jet ejected safely. Photograph: PTI Photo

The pilot of the jet ejected safely, they said.

"One Mig-29 aircraft airborne on a training mission from an Air Force base near Jalandhar met with an accident. The aircraft had developed a technical snag and the pilot ejected safely as he was unable to control the aircraft," the IAF said in a statement.

The IAF said the pilot has been rescued by a helicopter and that a court of inquiry has been ordered to investigate the cause of the accident.

At present, the IAF has three squadrons of the Soviet-era MiG-29 fighter jets and two of them are stationed at the Adampur Air Force station. One squadron comprises 16-18 aircraft.

The fleet was upgraded around two years back following which they gained in strength and ferocity.

In the 1999 Kargil War, the Mig-29 fleet played an important role in destroying enemy fortifications.

The IAF has lost a number of MiG 29s in crashes in the last few years.

In February, a MiG-29K fighter jet of the Indian Navy crashed near Goa.

Friday's crash comes, around three weeks after a brand new AH-64E Apache attack helicopter of the IAF made an emergency landing in Hoshiarpur district in Punjab. 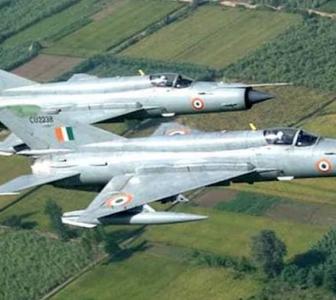 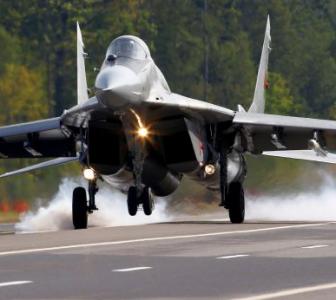 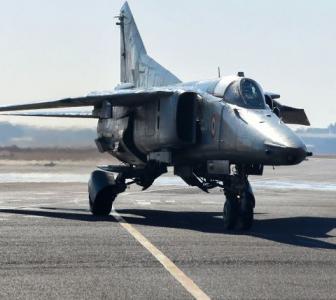 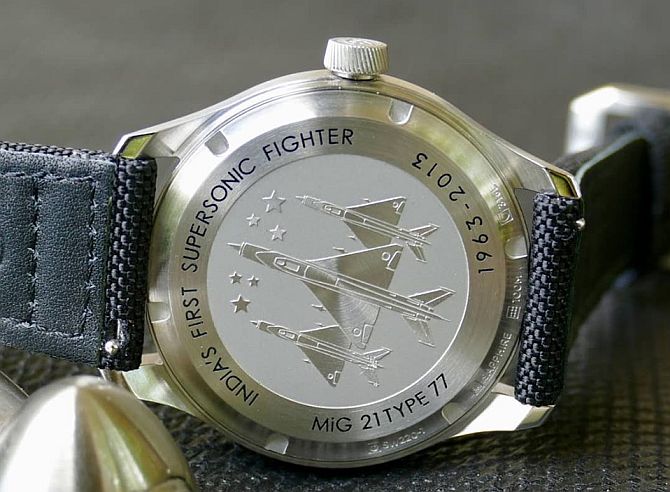