A Mirage-2000 trainer aircraft of the Indian Air Force crashed on Friday at the Hindustan Aeronautics Limited Airport in Bengaluru killing both the pilots, a defence official confirmed. 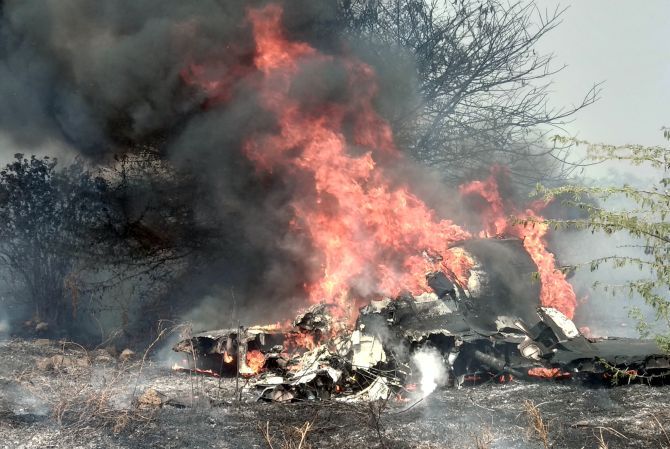 Though the pilots made a bid to eject, they were caught in the flames as the plane crashed with a huge explosion, the official added.

“This morning, a Mirage 2000 trainer aircraft on an acceptance sortie after upgrade crashed at the HAL Airport, Bengaluru,” a defence public relation officer said in a
statement.

“Both occupants sustained fatal injuries. Further details are awaited. Investigation into the cause of accident is being ordered,” he added. 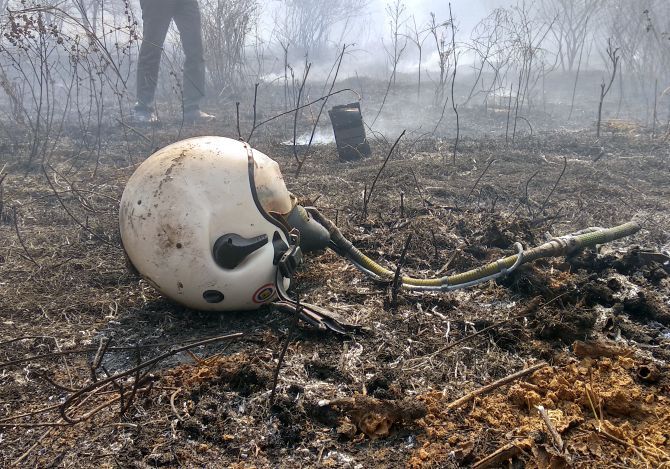 IMAGE: A helmet is seen lying near the site of the crashed IAF fighter jet. Photograph: Ismail Shakil/Reuters

A police official said, "The body of one the pilots was completely charred while the second pilot was rushed to the Command Hospital.”

Later, the second pilot succumbed to the injuries, the official said. 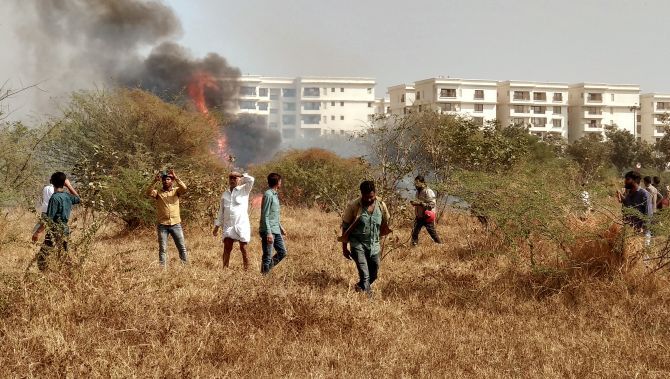 An eyewitness said the plane went up in flames as it crashed with an explosion and thick smoke billowed from the spot, leaving passersby and residents living around the
airport in a shock.

Soon firefighters and ground staff at the airport swung into action to douse the flames and tried to bring out the pilots.

Source: PTI© Copyright 2021 PTI. All rights reserved. Republication or redistribution of PTI content, including by framing or similar means, is expressly prohibited without the prior written consent.
Related News: HAL, Indian Air Force, Bengaluru
SHARE THIS STORY
Print this article 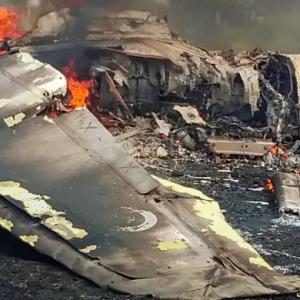