News
Business
Movies
Sports
Cricket
Get Ahead
Money Tips
Shopping
Sign in  |  Create a Rediffmail account
Rediff.com  » News » I wish I could have been there: CJI on gangrape protests

I wish I could have been there: CJI on gangrape protests

"I wish I could also have been there, but I can't" Chief Justice of India Altamas Kabir on Monday said while terming the upsurge and protest that took place in the wake of the December 16 gang-rape incident as 'fully justified' and 'absolutely necessary'.

"What happened that day (December 16) was not something new... but it caught the imagination of the people and led to a tremendous upsurge and this upsurge as I have said earlier also, was fully justified. What started as a protest, as a mark of showing one's anger, it was all genuine, absolutely necessary....", Justice Kabir said.

"I salute everybody who took part (in the protests). I wish I could also have been there, but I can't," he said on the sidelines of the Sixth National Conference on the Protection of Women from Domestic Violence Act.

He, however, cautioned 'that we cannot afford certain types and groups of people from exploiting such situation for their own ends'.

"My nephew was also beaten up in the protest (at India Gate)," Justice Kabir said, adding "the protest was later on hijacked".

He said that it started out as a 'peaceful protest', but other "things" started coming in and it 'became ugly'.

While addressing the gathering which comprised of sitting Delhi high court judge Justice Gita Mittal as well as several legal luminaries and academicians among others, Justice Kabir also said that what happened on December 16 was not just a crime against an individual, but against women and society in general.

Referring to the "shameful" incident of December 16, when a 23-year-old girl was brutally gang-raped in a moving bus and later thrown out of it along with her male friend, Justice Kabir said it has resulted in a tremendous re-thinking of 'what is going on' in the society. 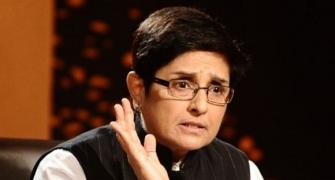 This is not my good-old Delhi Police: Kiran Bedi