The Forensic Sciences Laboratories preliminary report on the Hyderabad bomb composition states that each bomb had 900 grams of ammonium nitrate in it which was procured locally.

The other components found in the bomb were a 9-volt-battery, an Improvised Explosive Devices, fuel charge, timer device and sharpnel. The bombs were packed in a tiffin box.

Moreover, the presence of a powerful 9-volt-battery also suggests that the culprits were looking for maximum impact.

The manner in which the bomb was packed it was aimed at hitting at a close range of 30 meters. Originally, the bombs were to be placed at the local Sai baba temple and aimed to cause more devastation.

However, the venue was changed at the last minute. All the injured persons were at a distance of 15 to 20 meters which explains the manner in which the bomb was packed.

Another lead that has been picked up was that the bombs were assembled locally. They could have been assembled a day before the blast, police sources say. 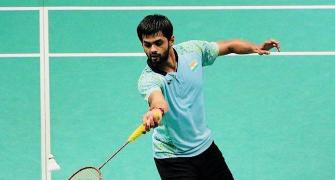