A fierce gun battle between security personnel and militants holed up in a house on the outskirts of Peshawar on Sunday claimed four lives, including that of a policeman, hours after nine people were killed during an abortive attempt by the Taliban to storm an air force base in the northwestern Pakistani city.

Two more policemen were injured in the clash in Pawaka, a suburb of Peshawar, police officials were quoted as saying by TV news channels.

The three militants killed in the gun battle were believed to be part of a group of Taliban suicide attackers who tried to storm the airbase on Saturday night.

Residents of Pawaka said five militants took shelter in a house being built in the area at about 7.30 am.

The armed men demanded that they should be given a car. They also warned people not to alert the police, local residents said.

Police and army troops reached the spot a few hours later after they were alerted by local residents.

Three militants were gunned down in a fierce exchange of fire, which also left a policeman dead.

Security forces sealed off the area and conducted a search operation to ascertain if any more militants were hiding in the area.

The two injured policemen were taken to a nearby hospital, officials were quoted as saying.  Footage on television showed armed policemen, soldiers and armoured vehicles advancing through the alleys of Pawaka towards the house where the militants were hiding.

The sound of gunfire could be heard in the footage.

The banned Tehrik-e-Taliban Pakistan has claimed responsibility for the attack on Bacha Khan International Airport, with a spokesman saying the Pakistan Air Force base was the target of the attackers.

The militants fired five rockets at the airport and nearby areas and used an explosives-laden vehicle in the assault. Four civilians and five terrorists were killed during the attack.

Some 40 residents living in areas near the airport were injured, including women and children.

Troops sealed off the areas around the airport and declared them clear only after a 10-hour search operation. They carried out controlled detonations of explosives that were planted by the attackers during the attack.

Several homes and cars were destroyed by the rockets fired by the militants. 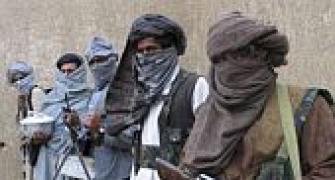 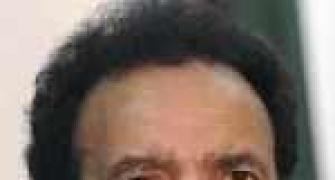 8 killed in attack on Peshawar airport