Nations supporting terrorists should be held guilty: PM at BRICS

The five-nation grouping BRICS on Tuesday adopted a new counter-terrorism strategy to effectively deal with the menace, as Prime Minister Narendra Modi asserted that there is a need to ensure that countries supporting terrorists are held guilty, a call backed by Russian president Vladimir Putin, who dubbed such nations "black sheep of the family". Modi, while addressing the 12th BRICS (Brazil-Russia-India-China-South Africa) summit, held virtually, said terrorism is the "biggest problem" the world is facing, and needed to be dealt with in an organised manner.

At the summit, which was also attended by Chinese President Xi Jinping, Brazilian President Jair Bolsonaro and South African President Cyril Ramaphosa, Modi talked about the "crisis" facing multilateralism, and highlighted the need for reform of the United Nations Security Council as well as various other key global bodies.

"Terrorism is the biggest problem the world is facing. We have to ensure that the countries that support and assist the terrorists are also held guilty and the problem is dealt with in an organised manner," the prime minister said.

Though, Modi did not name any country, his reference is seen as directed at Pakistan.

"We are happy that the BRICS counter-terrorism strategy has been finalised during the chairmanship of Russia. This is an important achievement and India will take this forward further during its presidency," he said.

The prime minister's remarks pitching for holding the countries supporting terrorism guilty was quickly supported by Putin as he said some countries were like the "black sheep of the family" and the world should not show any complacency in dealing with challenges like terrorism and the COVID-19 pandemic.

In a subsequent intervention after his address, Modi also suggested that the National Security Advisers of the member countries can deliberate on framing a counter-terrorism action plan.

The prime minister further suggested that the BRICS Business Council can make a concrete plan to take the mutual business among the member nations to the target of USD 500 billion.

In his address, Modi said India and South Africa have proposed that COVID-19 vaccines and treatments be exempted from intellectual property agreements and sought support of the other BRICS countries to it.

The BRICS is known as an influential bloc that represents over 3.6 billion people, or half of the world's population. The BRICS countries have a combined GDP of USD 16.6 trillion.

In a declaration, the bloc touched upon a variety of pressing global issues including dealing with the threat of terrorism.

"We reiterate our strong condemnation of terrorism in all its forms and manifestations whenever, wherever and by whomsoever committed, and that it should not be associated with any religion, nationality, civilization or ethnic group," it said.

It also stressed the "need for a comprehensive and balanced approach of the whole international community to effectively curb the terrorist activities, which pose a serious threat, including in the present-day pandemic environment."

Underlining the need for reform of the UNSC as well as key global bodies like the World Trade Organisation, the International Monetary Fund and the World Health Organisation, Modi said, "both credibility and effectiveness of institutions of global governance are being questioned. The main reason for this is that these organisations did not change over time and they are still operating based on the 75-year-old thinking."

"India believes reforms are very mandatory in the UN Security Council. We expect the support of our BRICS partners on this subject," he said, and asserted that multilateralism is undergoing a crisis.

Talking about the COVID-19 crisis and its impact, Modi said the BRICS economies will play an important role in the post-pandemic global recovery and that India's vaccine production and delivery capabilities will work in the interest of humanity.

"We have more than 42 percent of the world's population, and our countries are among the main engines of the global economy. There is a lot of scope for increasing mutual trade between BRICS countries," the prime minister said.

The PM also highlighted reform initiatives undertaken by his government under the 'self-reliant India' campaign.

"We have started a comprehensive reform process under the 'Self-reliant India' campaign. The campaign is based on the belief that a self-reliant and resilient India post-COVID can be a force multiplier for the global economy and make a strong contribution to the global value chains," he said.

"Our vaccine production and delivery capacity will also serve for the benefit of humanity," Modi said.

"During our chairmanship in 2021. we will try to strengthen intra-BRICS cooperation in all the three pillars of BRICS. We will endeavor to increase intra-BRICS solidarity and develop a solid institutional framework for this purpose," Modi said. 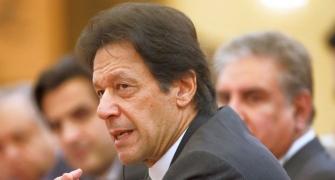