Source: ANI
October 22, 2012 17:10 IST
Weeks after teen education campaigner Malala Yousufzai was attacked by the Taliban for advocating girls' right to education, another school girl from Swat, who raised her voice publicly against Taliban atrocities in the Malakand Valley, has claimed to be on the Taliban's hit list.

Hina Khan, a student of class 11, had publicly denounced the militants' atrocities in 2009. "I had left Swat with my family because the militants had threatened girls' education there but now I feel I would not be able to go to school in Islamabad as well after these renewed threats," The Dawn quoted Hina as saying.

Hina had held a press conference in 2008 after her friends in Swat told her that the militants were becoming further intolerant towards girls seeking education. Hina, along with some other students, had also taken out a peace rally in Islamabad to draw attention towards the Swati womens' problems.

Hina's father Raitullah Khan said his wife Farhat, a social worker, has also been receiving threatening calls since August this year. What has been further worrisome for her family is that despite repeated requests for security, they claim no steps have been taken to provide protection to them after they fled from Swat and moved to Islamabad.

Raituallah claimed to have received a call saying 'Hina will be next after Malala'. "We have already been fighting death since many years when my wife started speaking for women rights and girls' education," he added. "Mullah Fazlullah-led militants had even sent us death threats on their FM radio after a huge handicraft exhibition of Swat women was arranged in 2006 to promote their work but now these threats are coming with more force after Malala's incident," Farhat said.

Farhat said they moved to Islamabad in 2006 after receiving the threats but were now being haunted by renewed ones.

Malala, 15, who earned international fame for raising her voice against Taliban oppression in Swat, was shot in the neck and head and two other girls sustained injuries when the Tehrik-i-Taliban Pakistan opened fire on their school van in Swat valley on October 9. She is presently recuperating at a hospital in Birmingham, the United Kingdom.
Source: ANI
Related News: Malala Yousufzai, Hina Khan, Farhat, Taliban, Islamabad
Print this article
Shot Pakistani schoolgirl Malala stable: UK doctors 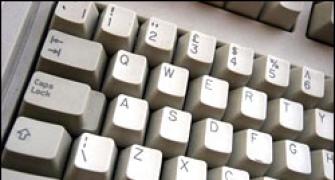 India spews more spam than ever before
Pak: Students stay away from school run by Malala's father