The Enforcement Directorate on Thursday resumed its raids at the office of Young Indian (YI), the holding company of Congress owned newspaper National Herald, after senior party leader Mallikarjun Kharge presented himself before agency officials at the Herald House building in New Delhi. 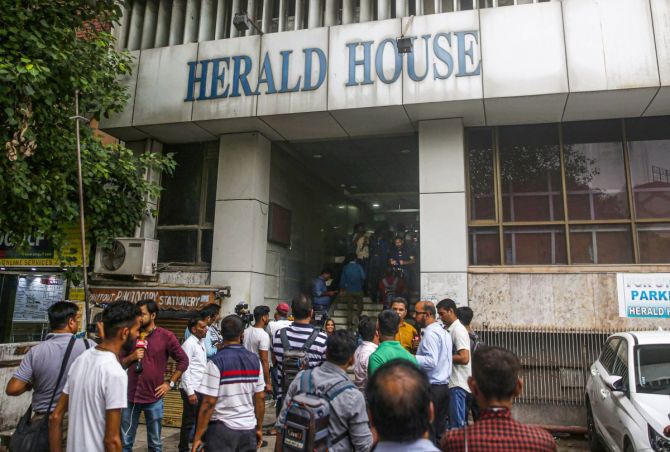 The 80-year-old Leader of Opposition in Rajya Sabha reached the building at Bahadur Shah Zafar Marg near ITO around 12.40 pm and met ED officials on the summons of the agency which sought his attendance during the raids at YI in his capacity of being the principal officer of the company.

Congress president Sonia Gandhi and Rahul Gandhi are among the promoters and majority shareholders in Young Indian.

Like her son, the Congress president too has 38 per cent shareholding.

The federal agency had put a temporary seal at the single-room office of the YI, located on the ground floor of the four-storeyed Herald House building, to 'preserve evidence' as it could not search it during the last two days because it was locked and authorised representatives were not available.

The searches at YI office which were on hold will be carried out now and any possible evidence available will be collected, officials said.

The office of the National Herald newspaper and web portal, where the editorial staff and administrative staff works, is located on the fourth floor of the Herald House building.

The National Herald newspaper is published by Associated Journals Ltd (AJL) and its holding company is Young Indian.

The newspaper office is registered in the name of AJL.

The ED had on Tuesday launched raids at a dozen locations, including at the Herald House, as part of its ongoing money laundering probe in the National Herald-AJL-Young Indian deal.

Agency officials had left the premises in the early hours of Wednesday after they collected some documents, digital data and questioned some staffers.

The agency also had carried out the high-profile questioning of Congress President Sonia Gandhi (in July) and her MP son Rahul Gandhi (in June) in this case at its headquarters in Delhi apart from that of Kharge and Pawan Bansal in April. 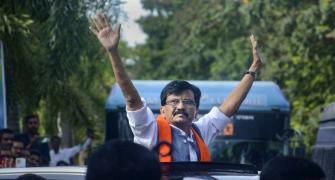 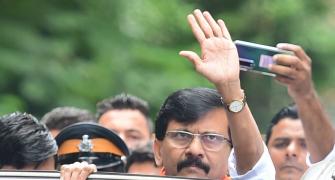 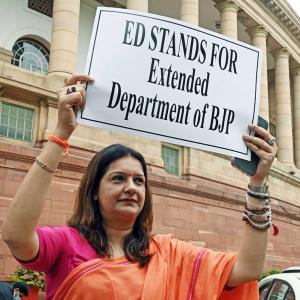