Hearing in Keenan-Reuben murder case put off to March 5

An application seeking the transfer of the trial in the sensational Keenan Santos and Reuben Fernandez murder case, filed just days before the trial was to commence before a fast-track court in Mumbai, has been posted for hearing on March 5.

Prime eyewitness and complainant in the case Avinash Solanki had moved an application seeking transfer of the case to a female judge as he felt that since a majority of the witnesses listed in the case were women, they would be more comfortable narrating what happened to a female judge.

Keenan and Reuben, who were with a group of friends including Solanki outside a restaurant in Andheri east in northern Mumbai on the night of October 20, 2011, when a group of men harassed the women in the group. When the duo protested this, they were beaten up. While Keenan died then, Reuben died in a hospital 10 days later.

The police arrested four persons -- Jitendra Rana, Sunil Bodh, Satish Dulhaj and Dipak Tivala -- and charged them with murder. They have also filed a 416-page chargesheet in the case.

On Friday, when case no.161 of 2012 came up for hearing before the principal judge M L Chauhan in the Sewri fast-track court, the complainant Solanki could not appear in court following the hospitalisation of a relative, leading to the matter being put off.

Defence lawyer Wahab Khan told the court that he had only read about Solanki’s petition in the newspapers. “We do not get a copy but the dailies get it. A trial is on by the media,” he complained.

Putting off the hearing to March 5, judge Chauhan told him, “You are getting the notice now, you can reply to it on March 5.”

The notice was also served on the investigating officer in the case, inspector S M Devde of the DN Nagar police station in Andheri.

However, Khan told judge Chauhan in the open court, “The principal judge does not have the power to transfer cases once the chargesheet is filed and admitted in court. This (application) is just going to waste time.”

Reuben and Keenan died fighting for the honour of their girl companions. It looks like a very long fight before the accused get their punishment. 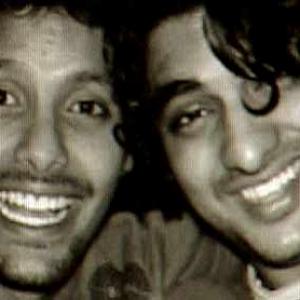