News
Business
Movies
Sports
Cricket
Get Ahead
Money Tips
Shopping
Sign in  |  Create a Rediffmail account
Rediff.com  » News » Decide on FIRs against Mishra, others by Thursday: HC to police

Decide on FIRs against Mishra, others by Thursday: HC to police

Cautioning authorities that the 1984 anti-Sikh riots should not be allowed to be repeated, the Delhi high court on Wednesday expressed 'anguish' over the failure to register first information reports against those making alleged hate speeches including Kapil Mishra and others from the Bharatiya Janata Party in New Delhi and asked the Police Commissioner to take a 'conscious decision' on this by Thursday.

The alleged failure of the Delhi police to check the communal riots in northeast Delhi that broke out on Sunday night and involving those for and against the Citizenship (Amendment) Act also came under the scanner of the Supreme Court which rebuked it for failing to act 'professionally'.

The riots has left at least 24 dead and around 200 injured.

The apex court lashed out at the law enforcing agencies for allowing the 'instigators of violence' to get away and said they should act as per law without waiting for somebody's nod.

"If somebody makes an inflammatory remark, police has to take action," said a bench comprising Justices S K Kaul and K M Joseph.

A high court bench of Justices S Muralidhar and Talwant Singh said when the police can register 11 FIRs in incidents including arson, looting, stone pelting, why it did not show alacrity when it came doing so in connection with the alleged hate speeches by the three BJP leaders -- Anurag Thakur, Parvesh Verma and Kapil Mishra.

Thakur and Verma had made provocative remarks during the Delhi Assembly poll campaign.

"Why are you not showing alacrity when it comes to registration of FIR in these cases?... We want peace to prevail. We do not want the city to witness another 1984 riots.

"This city has seen enough violence and anguish. Let it not repeat 1984," the bench said.

The anti-Sikh riots after the assassination of Prime Minister Indira Gandhi in 1984 left nearly 3,000 people dead.

The court noted in its order that Special Commissioner Praveer Ranjan has assured he will sit with the police commissioner on Wednesday itself and view all video clips and take a conscious decision as desired on the issue of lodging of FIRs and convey it to the court on Thursday.

The court, however, made it clear it was not confining the proceedings to the video clips of the three BJP leaders and that it will look into other clips as well.

It was hearing a plea seeking lodging of FIRs and arrests of those involved in the communal violence related to the CAA.

"We are not angry. We are anguished. A Constitutional Court's anguish is very serious and everyone should take it seriously," Justice Muralidhar said.

The court also issued notices to the parties concerned on the plea filed by the Centre seeking to be impleaded in the case.

The matter will be heard further on Thursday.

During the hearing, Justice Muralidhar said he was 'really amazed at the state of affairs of the Delhi Police'.

He made this remark while responding to the replies by Deputy Commissioner of Police (crime branch) Rajesh Deo to its query if he had seen the video clip of the three BJP leaders making alleged hate speeches.

Deo said he has watched the video of Anurag Thakur and Parvesh Verma, but not of Mishra.

Solicitor General Tushar Mehta, who was arguing for Delhi Police, maintained he does not watch television and has not seen those clips.

The judges then asked the court staff to play Mishra's video clip in the courtroom.

When the gathering in the jam-packed courtroom started hooting, the bench asked them to maintain decorum or else it will hold an in-camera proceedings. The video clip of speeches of Thakur and Verma were also played.

Another bench comprising Justices Muralidhar and Anup J Bhambhani took a swipe at the ministerial class, saying the highest constitutional functionaries who move around with Z-security should reach out to the affected people to give them confidence that law is functioning.

Earlier in a midnight hearing, it directed police to ensure safe passage to government hospitals and emergency treatment for those injured in the communal violence.

The hearing held at the residence of Justice Muralidhar after receiving a call from an advocate explaining the dire circumstances under which the victims were unable to be removed from a small hospital to the GTB Hospital.

The judges directed the Delhi Police to ensure safe passage of the injured victims by deploying all resources at its command and on the strength of this order as well as to make sure they receive immediate emergency treatment if not at the Guru Teg Bahadur(GTB) Hospital then at the Lok Nayak Jai Prakash Narayan Hospital (LNJP) or Maulana Azad or any other hospital.

During the hearing, the bench spoke over phone to a doctor identified as only Anwar of the Al-hind Hospital in New Mustafabad who told the court there were two bodies and 22 injured persons there and he had been trying to seek police assistance since 4 pm on Tuesday without success.

The court then directed the senior officials to reach the hospital forthwith, following which they started the process of evacuating the injured to the nearest hospitals.

During the resumed hearing in the day, it applauded the police for prompt action in evacuating the injured.

"While order was being dictated mid-night, police was implementing it right there and rescuing injured persons," the court said.

Delhi Police told a court in New Delhi on Wednesday that prima facie no cognisable offence was found for lodging FIR against Union minister Anurag Thakur and his BJP colleague and MP Parvesh Verma for their alleged hate speech in relation to anti-CAA protest at Shaheen Bagh.

The submissions were made in an action taken report (ATR), filed before Additional Chief Metropolitan Magistrate Vishal Pahuja, who was hearing a complaint by Communist Party of India-Marxist leader Brinda Karat seeking FIRs against Thakur and Verma.

The court, which reserved order for March 2 on whether to direct the police to lodge FIRs, had on February 5 directed it to file an ATR.

In the ATR filed on Wednesday, the police said the legal opinion has been sought in the matter and requested the court grant more time to file the final report, the court sources said.

The report said that the word 'gaddar (traitor)', used in the rally by Thakur, 'does not point to any particular section of the society. Surmises and conjecture cannot be the basis for initiating any legal action'.

It said: "In the referred speech, the speaker is pointing to a group of protesters and is not pointing to any particular community.

"He (Thakur) is not provoking the crowd to start any riot or taking any retaliatory action against the protesters."

The report said the allegation that statements by Thakur and Verma had caused incitement which led to shooting in Jamia Milia Islamia was not found since the juvenile, who allegedly fired in the varsity, 'has not attributed his action either to the words of Thakur or Verma'.

"The complainant very clearly is making presumption which is legally not tenable," it said.

It further stated that 'the complainant has referred to incidents of violence and it has already been clarified that both are independent acts which did not have any connection to the speeches mentioned in the complaint'.

Karat has said in her complaint that 'Thakur and Verma had sought to incite people and as a result of which three incidents of firing took place at two different protest sites in Delhi'.

The complaint has sought lodging of FIRs under various sections, including 153-A (promoting enmity between different groups on grounds of religion, race, place of birth, residence, language, etc.), 153-B (imputations, assertions prejudicial to national-integration) and 295-A (deliberate and malicious acts, intended to outrage religious feelings of any class by insulting its religion or religious beliefs) of the Indian Penal Code.

It also sought action under other sections of the IPC, including 298 (uttering, words, etc., with deliberate intent to wound the religious feelings of any person), 504 (intentional insult with intent to provoke breach of the peace), 505 (statements conducing to public mischief) and 506 (punishment for criminal intimidation).

If convicted, the accused may get a maximum jail term for seven years.

Karat approached the court after her written complaints to the Commissioner of Police and the Station House Officer, Parliament Street, failed to elicit any response, she told the court.

She had written to the Commissioner on January 29 and subsequently on 31, while the letter to the SHO Parliament Street was sent on February 2, she said.

At the Rithala rally here, the Minister of State for Finance and Corporate Affairs had on January 27 egged on the crowd to raise an incendiary slogan -- "shoot the traitors" -- after lashing out at anti-CAA protesters.

BJP MP Verma had on January 28 said that what happened in Kashmir with Kashmiri Pandits could happen in Delhi, warning that lakhs of anti-CAA protesters in Shaheen Bagh could enter homes to kill and rape women. 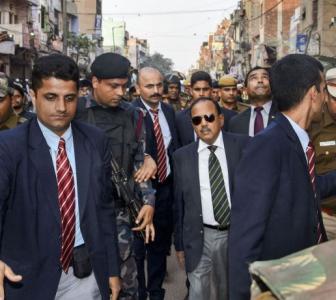 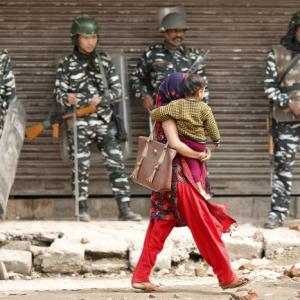