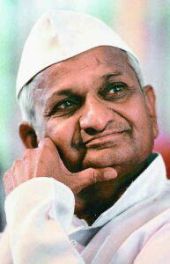 Veteran social activist Kisan Baburao alias Anna  Hazare is going on fast unto death at the Jantar Mantar in New Delhi from March 5  to press for Parliament to enact the 'Jan Lokpal bill' drafted by  former Supreme Court Judge Santosh Hegde to effectively tackle corruption in the government.

Padma Bhushan awardee Hazare, 72, who has gone on many such fasts in Maharashtra since after relinquishing his army job in 1977 under the influence of Swami Vivekananda's books, on Saturday appealed to the fellow countrymen to join him in fasting for one, two, three or whatever number of days they are comfortable to support the cause he is fighting for.

He appealed to pray for a 'better and corruption free India' and be prepared to go to jail for the cause, stressing that 'collective prayers from all the people of India would definitely have a huge impact.'

Pointing out that the draft 'Jan Lokpal bill' was sent to Prime Minister Manmohan Singh and all chief ministers on December 1 but there was no response, the assembled veterans announced to organise a rally at the Ramlila Grounds in New Delhi on Sunday and march to Lok Sabha Speaker Meira Kumar's residence to petition for getting the anti-corruption law enacted as a week's ultimatum to the government before Anna sits on the fast.

They said, leaders, organisations and common man from across India will be with Hazare in building pressure on the government to banish corruption, affirming that 'this is a do or die moment and let us make it happen.'

Hazare also appealed to write to the Prime Minister for passing the bill 'or else we will be compelled not to vote for his party in the next elections.'

Not to be dubbed anti-Congress from his call, those at  the press conference made it known that the movement built under the  banner of 'India Against Corruption' is 'neither affiliated nor aligned  to any political party.' 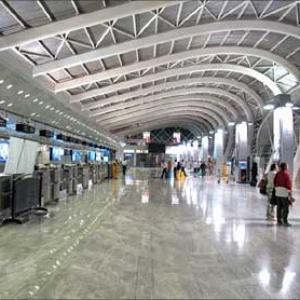