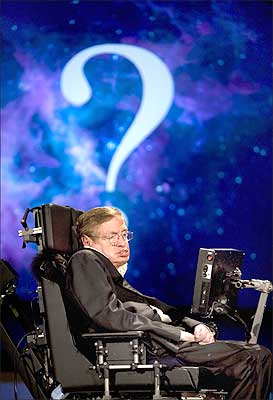 Eminent scientist Stephen Hawking, best known for his pioneering work in tracing the origin of the universe, is looking for something new  an Einstein in Africa.

Hawking is backing a £75-million project to establish postgraduate centres for advanced maths and physics in Africa. The project has the support of leading entrepreneurs and scientists, according to a report in The Sunday Times.

Hawking, who suffers from motor neuron disease, decided to take up the project after the United Kingdom refused to provide any more funds for it, the report said.

Other eminent physicists and mathematicians in the fray include Nobel laureates in physics David Gross and George Smoot and National Aeronautics and Space Administration chief Michael Griffin, states the report.

"The world of science needs Africa's brilliant talents and I look forward to meeting prospective young Einsteins from Africa," The Sunday Times quoted Hawking as saying.

Project founder Neil Turok, the professor of mathematical physics at Cambridge University, told The Sunday Times that the aim of the centre was to unlock and nurture scientific talent across Africa.

There will be 15 new centers, which will be modeled on the African Institute for Mathematical Sciences, founded by Turok in Muizenberg in South Africa four years ago. The AIMS already boasts of 60 graduates from 30 African countries. Many of these students have secured a PhD, and another 53 will soon graduate from the institute, said the report.

The Sunday Times cites the example of Buthaina Adam from Sudan's war-torn Darfur province. With a physics degree from the University of Khartoum, she wanted to become a nuclear physicist, but shortage of money and opportunities forced her to keep her plans on hold, till she got a seat in AIMS in 2006.

Turok won the £50,000 Technology, Entertainment and Design prize in America this year. He donated the money to AIMS and decided to set up 15 similar institutes said the report.

Since then, he has been flooded with offers of help. Among his prospective benefactors are Google, the Gates Foundation and Sun Microsystems, says The Sunday Times.

Turok and Hawking are seeking to undo some of the damage done by DNA co-discoverer James Watson.
Watson recently reinforced the negative stereotype of Africans by suggesting that they were less intelligent than Europeans. However, an analysis of Watson's own DNA proved that the scientist  who lost his job as director of the Cold Spring Harbor laboratories in America after making the controversial comments -- had part-African ancestry.

Turok ridiculed Watson's opinion, stressing that all African students needed was "an opportunity to learn."
Hawking's keynote lecture will be the main attraction of the project launch in Cape Town on Monday, says The Sunday Times. Earlier, after a lecture at the Caltech campus in Pasadena in the United States, he received a standing ovation, says the paper. Hawking even completed a victory lap in his wheel chair, as the crowd reportedly cheered him on, shouting, "We love you, Stephen."

But Hawking's passion remains space exploration, as he visualises the colonisation of moon and Mars by humans. Turok, on the other hand, is trying to convince the British government to renew its funding to the AIMS project, states The Sunday Times.

"The people who will make Africa rich are the brightest people because they will generate wealth," Turok told The Sunday Times.

Image: A file photograph of Professor Stephen Hawking at the George Washington University in Washington, DC.

Meet the Indian who took on Stephen Hawking