Three CRPF constables died due to heat stroke on Monday while seven others were admitted to a hospital after collapsing during training, senior officials of the paramilitary force said.

The victims --head constables Vinyga, Dinesh Chand and S N Yadav --were in the Weapons and Tactical pre-promotion course at the Central Training College here. The incident took place at about one pm when the temperature was about 45 degrees Celsius, they said.

The 10 jawans were rushed to a hospital but the three died during treatment, the officials said adding the seven others were receiving treatment. 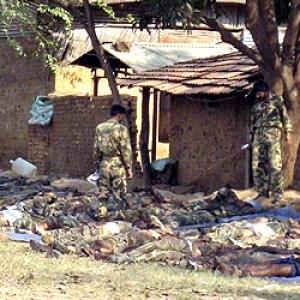