A Supreme Court bench on Monday said it cannot go into the issue of supplying Special Investigation Team (SIT) documents relating to the Gulburg Housing Society riot case in Ahmedabad in 2002 to the widow of slain Congress leader Ehsan Jafri.

A bench of justices D K Jain and Madan B Lokur refused to examine the issue on the ground that the previous order concerning it was passed by a larger bench.

The bench said the matter has to be referred to a larger bench of three judges which on September 12, 2011 had passed the order relating to supply of documents to Jafri's widow, Zakia Jafri.

The bench said it would not be proper for it to pass the order and propriety also demands that the matter be referred to the larger bench which had passed the order.

The apex court on September 12, 2011 had directed the SIT to forward its final report regarding the Gulburg Society riots to the local court.

The SIT headed by former CBI Director R K Raghavan had probed the riot cases including the Ahmedabad Gulburg Housing Society massacre case in which Jafri, a former Congress MP, was killed.

An Ahmedabad trial court had on November 27 accepted the SIT closure report filed on March 13, 2012 in the case.

Zakia Jafri has filed the SLP challenging the trial court's order rejecting her plea for supply of some documents relating to the investigation in the case.

Jafri was seeking the documents to file a protest petition against the SIT's closure report in the probe into the Gulburg Society riots in which 69 people, including Ehsan Jafri had been killed by a mob on February 28, 2002. 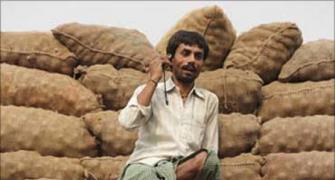 SC asks SIT if documents can be given to Zakia Jafri