IAF Group Captain Varun Singh, the lone survivor in the helicopter crash that killed Chief of Defence Staff Gen Bipin Rawat and 12 others, is being shifted to Bengaluru from the Army hospital at Wellington in Tamil Nadu, his father said on Thursday.

The crash took place near Coonoor in Tamil Nadu on Wednesday.

Talking to PTI over phone, Group Captain Varun Singh's father Colonel K P Singh (retired), who is a resident of Bhopal, said, ”He is being shifted to Bengaluru. I have reached Wellington."

Asked about his son's condition, he said, "I can't say anything about that... I am not sure."

Soon after, Group Captain Varun Singh was on Thursday moved from Wellington to Sulur to further take him to Bengaluru for better treatment, officials said, adding that his condition was still critical.

The group captain was admitted to a hospital in Wellington with severe burn injuries on Wednesday following the crash.

Group Captain Singh was onboard the Russian-made chopper as the liaison officer for the visit of Gen Rawat, India's senior-most military officer, to the Defence Services Staff College in Wellington. He is currently serving as an instructor at the prestigious institute.

"Group Capt Varun Singh is still critical and has been moved by a vehicle ambulance to Sulur for further move to the Command hospital in Bengaluru," said an official.

He had received Gen Rawat at the Sulur airbase from where the entourage was heading towards Wellington in the chopper.

Lt Colonel Ishan R (retired), who lives next door to Col K P Singh's residence at Sun City on the Airport Road in Bhopal, said he was hopeful that Group Captain Varun Singh will recover.

He said Col K P Singh and his wife Uma were in Mumbai at the place of their younger son Tanuj, who is a Lt Commander in the Navy, when they got the unfortunate news on Wednesday.

”I spoke to Colonel K P Singh this morning. He said his son was a fighter and will come out victorious (from the tragedy)," he said. 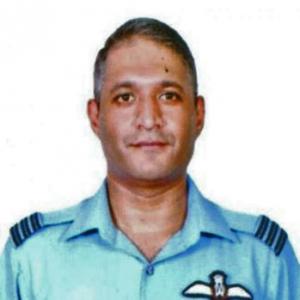 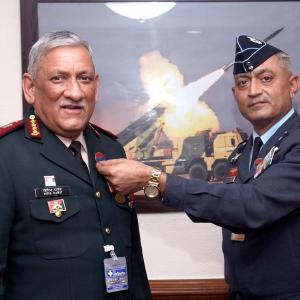