A day ahead of Republic Day celebrations, terrorists on Tuesday hurled a grenade towards security personnel in the busy Hari Singh High Street area of Srinagar, resulting in injuries to four persons including a police officer and two women, officials said. 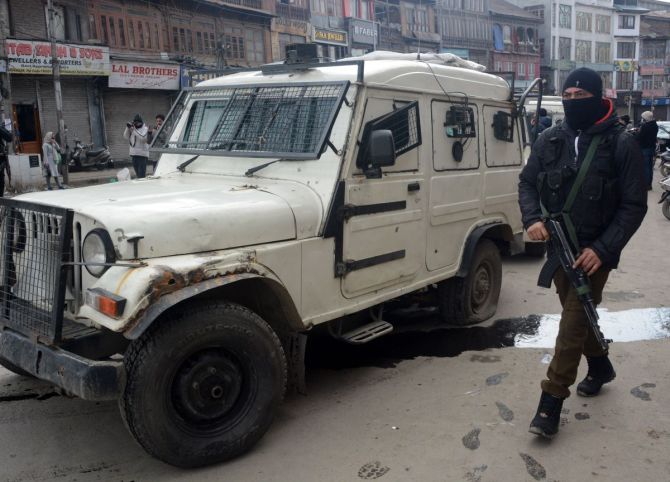 IMAGE: The spot where terrorists hurled a grenade at a team of security forces, at Hari Singh High Street in Srinagar on Tuesday. Photograph: Umar Ganie for Rediff.com

Police claimed to have arrested the person involved in the attack.

'Srinagar Police arrested grenade thrower who was involved in today's #terror incident at Hari Singh High Street #Srinagar in which a few civilians and one police personnel got injured. #Investigation is going on,' Inspector General of Police Kashmir zone Vijay Kumar tweeted.

The IGP did not reveal any details about the arrested person. 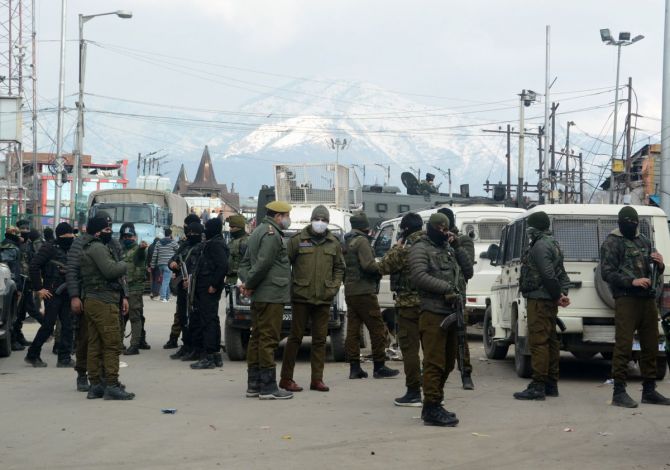 The ultras lobbed the grenade towards a team of security personnel at Hari Singh High Street at around 3.30 pm, officials said, adding the grenade exploded by the roadside.

Four persons were injured in the blast. They have been identified as police inspector Tanveer Hussain who is posted with ACB, Mohammad Shafi, his wife Tanveera and another woman Asmat.

The injured were rushed to a hospital where their condition was stated to be stable, the officials said.

Security has been beefed up in the city and elsewhere in the valley to ensure smooth Republic Day celebrations.

Source: PTI  -  Edited By: Hemant Waje© Copyright 2022 PTI. All rights reserved. Republication or redistribution of PTI content, including by framing or similar means, is expressly prohibited without the prior written consent.
Related News: Hari Singh, Srinagar, Valley
Print this article 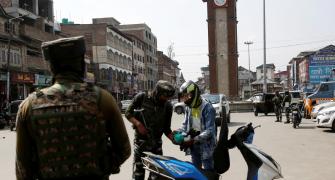 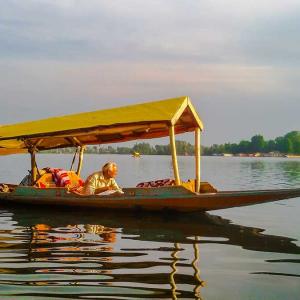