Prime Minister Narendra Modi on Saturday asked people to stay away from rumours regarding coronavirus and emphasised on the need to follow the advice of doctors in this regard. 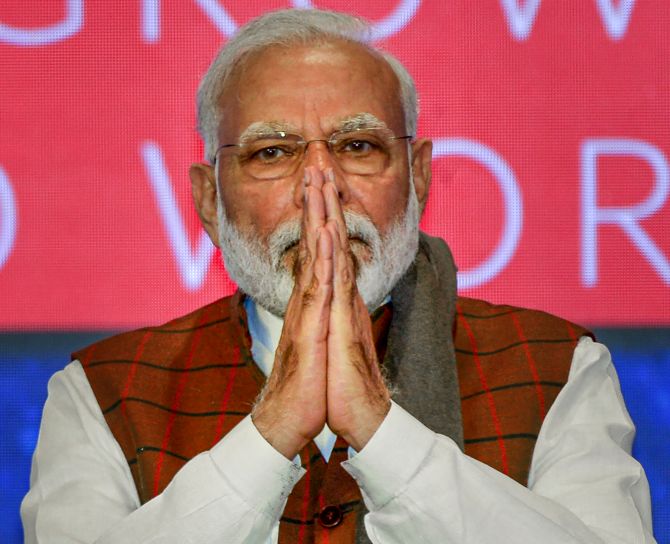 He also asked people to avoid handshakes and start greeting others with 'namaste' once again.

"In such times rumours circulate very rapidly. Some say don't eat this, don't do that. Some people will bring in new things such as eat this to keep coronavirus away. It is my request to all my fellow countrymen, kindly keep away from these kinds of rumours," he said.

"Whatever you do, kindly do it on the advice of your doctor. Let's not become doctors ourselves," the prime minister added.

The entire world is taking up the habit of 'namaste', Modi said.

If due to some reason we have discontinued this habit, it is the right time to once again take this up instead of handshakes, Modi said.

He was interacting with owners of some Jan Aushadhi Kendras and beneficiaries of the Pradhan Mantri Bhartiya Janaushadhi Pariyojna through video conference on the occasion of Jan Aushadhi Diwas.

"Jan Aushadhi Diwas is not only a day about celebrating a scheme, but it is a day to join with crores of Indians, lakhs of families who have got major relief through this scheme," Modi said.

It is also a day to reach out to other people to popularise this scheme so that poorest of the poor of the country can also avail the benefits, he added.

Talking about the impact of the PMBJP initiative, he said every month, over one crore families are getting benefits of cheap medicines from these Jan Aushadhi Kendras.

The cost of medicines at Jan Aushadhi stores is 50 to 90 per cent cheaper than their average market price. Giving an example, he said a medicine used for the treatment of cancer is priced at around Rs 6,500 in the market, but the same is available at Jan Aushadhi Kendras for Rs 850.

The government has decided to give awards in this field to recognise the efforts of the people who are running these stores. These awards will start a new, healthy competition in the field of Jan Aushadhi, he added.

"I believe the biggest beneficiary of this competition will be poor and middle class," Modi said.

He also appealed to state governments to ask doctors to prescribe only generic medicines.

The store owners as well as other beneficiaries shared their experiences with the Prime Minister.

Speaking about Jammu and Kashmir, Modi said in the past one-and-a-half years development is taking place at a rapid pace in J&K. During this period, over 3.5 lakh people have come on board the Ayushman scheme and three lakh elderly people, women and differently-abled have been provided with the government pension scheme in J&K.

Modi also became emotional when one Deepa Shah from Dehradun, who suffered from a paralytic attack in 2011, broke down while narrating her ordeal and the high cost of treatment earlier, as she thanked him for the scheme.

The Pradhan Mantri Jan Aushadhi Pariyojna was launched by the Prime Minister with the objective of making high-quality medicines available to all at affordable prices, especially to the poor and underprivileged, through the Jan Aushadhi outlets.

Currently, there are 6,200 Jan Aushadhi Kendras in 700 districts in the country. Total sales of these stores in the financial year 2019-20 has crossed Rs 390 crore. 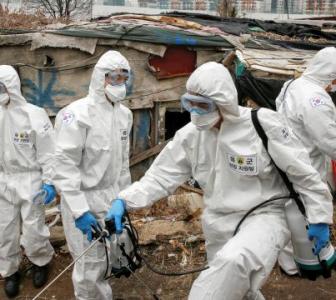 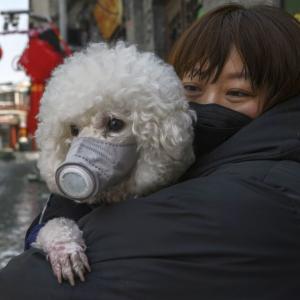 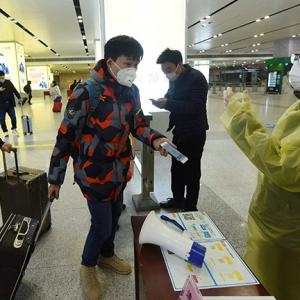