The Supreme Court on Friday termed as ”unfortunate” and rued the ”new trend” of maligning judges by governments if judicial pronouncements are not as per their liking. The stinging observations were made by a bench headed by Chief Justice N V Ramana while hearing two separate appeals filed by the Chhattisgarh government and an activist respectively challenging the high court's decision to quash an FIR registered against a former IAS officer for allegedly amassing wealth beyond known sources of income.

The bench, also comprising justices Krishna Murari and Hima Kohli was miffed over some allegations made against the judiciary in the case.

"Whatever fight you may take, that is all right. But do not try to malign the courts. I am watching in this court also, it is a new trend," the CJI observed.

Senior advocate Rakesh Dwivedi, appearing for the state government in one of the two appeals, said that he was not pressing ”that point at all”.

"No, we are watching it every day. You are a senior counsel, you have seen this more than us. It is a new trend. The government has started maligning judges. It is unfortunate,” the CJI said.

Dwivedi said Aman Kumar Singh, who had joined the service in 2004, resigned and became a secretary on a contract basis and his officer wife also followed the same pattern.

When the officer joined the service he had one property worth Rs 11 lakh and later became the owner of seven properties worth Rs 2.76 crore, the senior counsel for the state government said.

Another senior advocate Siddharth Dave, appearing for anti-corruption activist Uchit Sharma, assailed the high court verdict quashing the FIR as a judgment based on ”probability”.

The allegation was amassing disproportionate assets and the inquiry would be closed automatically the moment the person concerned explained the assets, he said.

"Based on surmises and your allegations we cannot allow this kind of victimisation,” the bench said and fixed the case for further hearing on April 18.

Dave said the probe was not based on surmises as the allegations were that the officer in question has accumulated Rs 2,500 crores.

The bench expressed amazement and said this appeal is ”an exaggeration”.

"Don't generalise people like that. Tomorrow when the government changes and another government comes then lakhs become thousand...,” the CJI said.

Quashing the FIR, the Chhattisgarh high court had said that the case was based on probabilities and "on the basis of probability any person cannot be prosecuted".

It had also held that the government failed to file documents to substantiate its case. 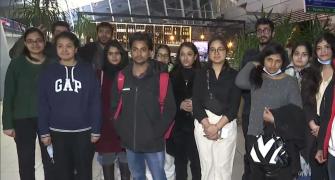 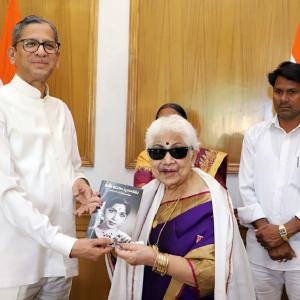 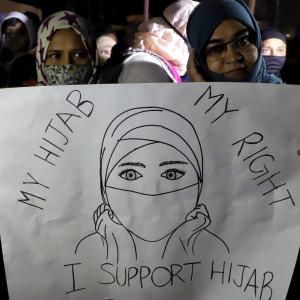 Hijab: Will protect constitutional rights of all: SC