Even though the state cabinet has recently passed a resolution pertaining to the halting of construction activities at Kudankulam nuclear project, reality is that Tamil Nadu is in dire need of power.

The state is having steady growth of industry and with so many development projects lined up, power becomes the basic necessity.

Prime Minister Manmohan Singh wrote to Jayalilta on Wednesday, "Apart from the safety and livelihood aspects, where the government and the people are on the same side, I also took the opportunity to mention that Tamil Nadu is one of the most industrialised states of the country whose power requirements are growing constantly. Of the 2000 MWe power to be generated by Kudankulam Nuclear Power Project Units 1 and 2, the allocation of power to Tamil Nadu is 925 MWe. In case the prospects of availability of this power are suddenly withdrawn this would impact on the state's development and industrialisation plans."

It's believed that Jayalalitha is unable to take a clear view on the project due to local elections which are fought keenly.

Meanwhile, anti-Kudankulam Nuclear Power Project activists have resumed their protest fast in Tirunelveli district. The most effective protests to the project is coming from the Churches and the Christian community leaders around the project.

Most of the planning of anti-project agitation is done by local priests and bishops. They are providing motivation and resources.

Recently the meeting took place at Bishop Roach Higher Secondary School near the protest venue to discuss the strategy.

Interestingly, PMO is quite active in responding to the anti-project activists. On Wednesday evening Mumbai's most respected and powerful Church leader, who is considered close to Pope Benedict XVI in Vatican, met PM Singh to discuss the KNPP issue.

According to a source in PMO, the protest against nuclear power plant is taken seriously by government.

New Delhi understands that the protests have started after disaster in Japan's Fukushima. Since the protesters are under spell of Churches in South India, the Christian leaders were called to New Delhi to settle the issue amicably. 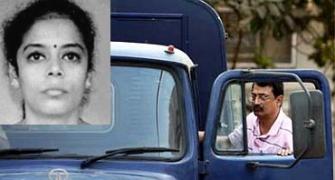