The Defence Ministry on Friday cleared a mega project to domestically build six conventional submarines for the Indian Navy at a cost of around Rs 43,000 crore, in a major decision aimed at significantly boosting India's naval prowess in the face of rapid expansion of China's maritime capabilities. 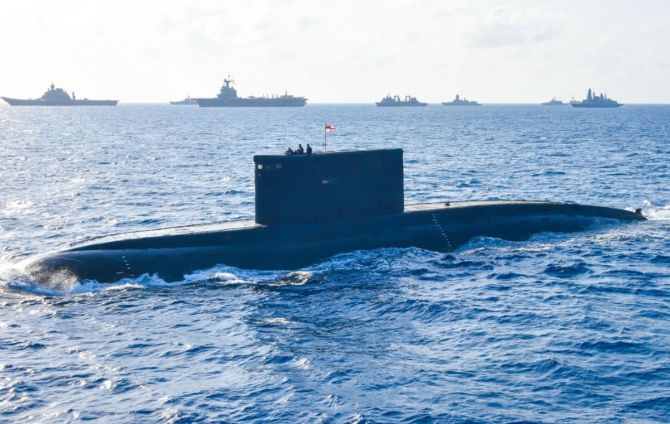 The Defence Acquisition Council (DAC) approved the issuance of the request for proposal (RFP) or the formal tender for the project which will be the first such procurement under the strategic partnership model that allows domestic firms to collaborate with foreign players to produce high-end military platforms in India, according to the defence ministry.

The DAC, chaired by Defence Minister Rajnath Singh, also approved proposals relating to acquisitions of various military weapons including air defence guns and ammunition for the Indian Army at a cost of around Rs 6,800 crore, according to his office.

The formal clearance to the mega submarine programme called Project 75-India came two decades after it was mooted and it may take at least 10 years for the first submarine to roll out after the deal is sealed, sources said.

They said the DAC approved the issuance of the RFP to leading shipbuilder Larsen & Toubro (L&T) and state-owned Mazagaon Docks Ltd (MDL) soon. The L&T and MDL were selected following a long-drawn process.

Both L&T and MDL will have to respond to the RFP by tying up with one of the five already short-listed foreign shipyards -- Rosoboronexport (Russia), Daewoo (South Korea), ThyssenKrupp Marine Systems (Germany), Navantia (Spain) and Naval Group (France).

'This project envisages indigenous construction of six conventional submarines equipped with the state-of-the-art air independent propulsion system at an estimated cost of Rs 43,000 crore,' the defence ministry said about the naval project.

'This is a landmark approval, being the first case processed under the strategic partnership model. This would be one of the largest 'Make in India' projects and will serve to facilitate faster and more significant absorption of technology and create a tiered industrial ecosystem for submarine construction in India,' it said in a statement.

The ministry said the project will help reduce current dependence on imports and gradually ensure greater self-reliance and dependability of supplies from indigenous sources.

It said the availability of new technologies and advanced manufacturing capabilities to the Industry will be an important step towards enhancing the nation's quest for self-reliance in modern conventional submarine construction.

'This project under SP model provides a unique long-term opportunity and planning certainty for the industry to invest and support submarine construction. It will also infuse the latest technology and weaponry for submarines in India through strategic tie-up between Indian industry and leading foreign OEMs (original equipment manufacturers),' the ministry said.

In another important decision, the DAC also extended the timelines for procuring urgent capital acquisitions under the delegated powers to the armed forces up to August 31, 2021, to enable the armed forces to complete their emergency procurement.

It will be for the L&T and MDL to decide about the foreign entity they would like to collaborate with for the project.

The RFP is expected to be issued within a month and the contract will be awarded following a detailed evaluation of the response of the L&T and MDL, the sources said.

The groundwork like specifications of the submarines and other critical requirements for issuance of the RFP for the mega project has been completed by separate teams of the Defence Ministry and the Indian Navy.

The Navy has been focusing on significantly bolstering its overall capabilities in view of China's growing efforts to increase its military presence in the Indian Ocean Region.

According to global naval analysts, the Chinese navy currently has over 50 submarines and about 350 ships. The total number of ships and submarines is projected to go past 500 in the next 8-10 years.

The Indian Navy is also in the process of procuring 57 carrier-borne fighter jets, 111 Naval Utility Helicopters (NUH) and 123 multi-role helicopters under the strategic partnership model.

In the last couple of years, the government has unveiled a series of reform measures and initiatives to make India a hub of defence manufacturing.

Last August, the defence minister had announced that India will stop the import of 101 weapons and military platforms like transport aircraft, light combat helicopters, conventional submarines, cruise missiles and sonar systems by 2024.

In May last, the government announced increasing the FDI limit from 49 per cent to 74 per cent under the automatic route in the defence sector.

India is one of the largest importers of arms globally.

The government now wants to reduce dependence on imported military platforms and has decided to support domestic defence manufacturing.

The Defence Ministry has set a goal of a turnover of Rs 1.75 lakh crore in defence manufacturing in the next five years that included an export target of Rs 35,000 crore worth of military hardware. 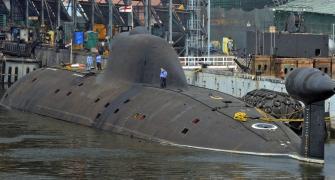 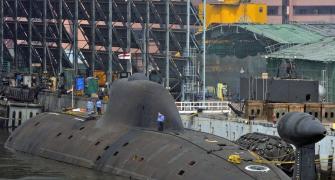 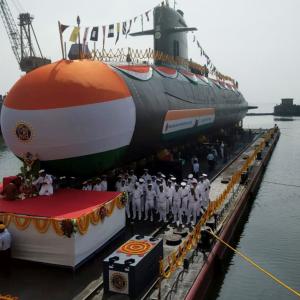 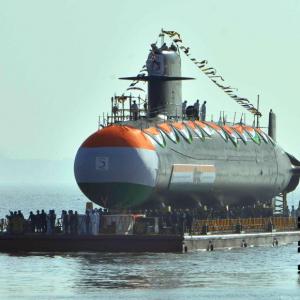