Slamming the opposition, Union Housing and Urban Affairs Minister Hardeep Singh Puri on Monday said a false narrative is being created over the Central Vista redevelopment plan and asserted that it is not a "vanity project", but a necessity. 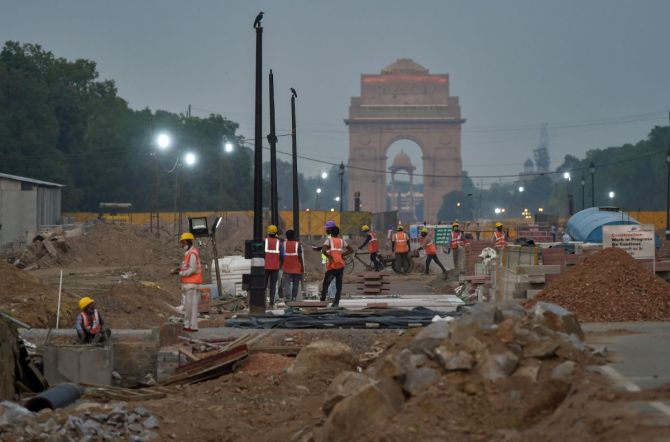 Hitting out at 60 former bureaucrats over their open letter to Prime Minister Narendra Modi against the project, Puri said, "They are not educated fools, but they are a disgrace to the country."

Citing some parts of the letter during a press conference, Puri, whose ministry is executing the Central vista redevelopment project, said these former civil servants have alleged that the government is building a new parliament building because of "superstitious beliefs".

He said in 2012, the then Lok Sabha speaker Meira Kumar's OSD had written to Union urban development secretary for a new Parliament building and former Union minister Jairam Ramesh had also advocated for a new building.

He said in 2012, it had been said that there was need of a new Parliament building. But in 2021, these 60 former civil servants are saying the government is constructing a new building because of "superstitious beliefs".

"They (60 former civil servants) are not educated fools, and they are a disgrace to the country," the minister said.

"I will not put my signature on a letter which talks about superstitious beliefs...," he said.

Without naming anyone, Puri said on May 18, the letter had been written by 60 former bureaucrats, including a former cabinet secretary and a foreign secretary.

"This is a motivated, ill-intentioned...criticism. They hide themselves behind social activists," he said.

Talking about the new prime minister's residence, Puri said no design has been finalised for it and only two projects -- the Parliament building and Central Vista Avenue -- are currently being executed at a cost of around Rs 1,300 crore.

Hitting out at the opposition, the Union minister said he has been noticing that a false narrative is being created over the central project, and added that no heritage building will be "touched".

"This is not a vanity project, and this is a project of necessity," Puri told reporters.

The minister attacked the Congress for alleging that a "Modi mahal (Modi palace) is being constructed under the Central Vista Redevelopment Project that will be executed at a cost of Rs 20,000 crore.

"Where has this Rs 20,000 crore come from? Prime Minister Narendra Modi will not live in new PM residence forever...whoever is the be PM will live there," he said.

He said former prime minister Jawaharlal Nehru had lived in Teen Murti Bhavan which was later turned into a museum.

"In 2014, this was the BJP-led NDA government which had first stopped converting former prime minister's residences into museums..." he said.

Describing the Central Vista Avenue redevelopment, which entails construction activities on Rajpath and the surrounding lawns from the India Gate to the Rashtrapati Bhavan, as a "vital and essential" project of national importance, the Delhi high court on Monday dismissed the plea against it saying it was "motivated" and filed with "ill-intent" and "lack of bonafides".

While allowing the construction activity to continue, a bench of Chief Justice D N Patel and Justice Jyoti Singh imposed cost of Rs one lakh on the petitioners who wanted the work to be halted in view of the COVID-19 pandemic, observing that it was "not a genuine public interest litigation".

The redevelopment of the Central Vista, the nation's power corridor, envisages a new Parliament building, a common central secretariat, revamping of the 3-km Rajpath from Rashtrapati Bhavan to India Gate, new prime minister's residence and office, and a new Vice President Enclave. 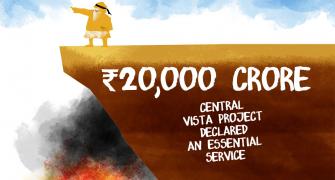 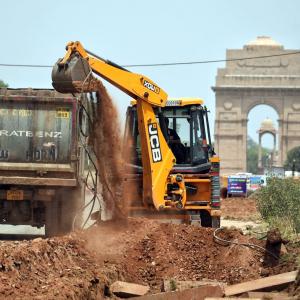