India on Thursday asked China to allow Indian citizens to travel to that country, especially those who work or study there, saying essential two-way visits should be facilitated keeping in view the fact that Chinese nationals are able to come to India. The Ministry of External Affairs (MEA) also said that India supports the need for a follow up to the WHO's report on the origin of the COVID 19, amid growing global calls to find out how the coronavirus emerged in the Chinese city of Wuhan in late 2019.

To a separate question on the proposal at the World Trade Organisation by India and South Africa to waive patents on COVID-19 vaccines and related products, MEA spokesperson Arindam Bagchi said,"We are happy to see that our initiative has gathered support from a number of countries."

On the issue of travel to China, he said India was in touch with the Chinese side in order to seek an early resumption of travel by Indian citizens to China.

He said though Chinese nationals are able to travel to India, Indian citizens are not being able to do so since last November including those who have met China's condition of getting vaccinated with Chinese vaccines.

"We have been in touch with the Chinese side in order to seek an early resumption of travel by Indian citizens to China, especially for those who work or study there," Bagchi said.

"While we recognise the need to ensure safety and strictly follow COVID- related protocols, essential two-way travel should be facilitated, especially keeping in view the fact that Chinese nationals are able to travel to India," MEA Spokesperson Arindam Bagchi said during a media briefing.

He said Chinese nationals are able to travel to India despite the absence of direct connectivity.

"However, for Indian nationals, travel to China has not been possible since last November as the Chinese side had suspended existing visas," he said.

In March this year, the Chinese Embassy in India issued a notification about facilitating visas for those taking Chinese-made vaccines, Bagchi said.

To a question on origins of COVID-19, the spokesperson said India supports more studies on the matter.

"We have been very clear that we support the need for a follow up to the WHO's report on the origin of the COVID-19 and for further studies. We have called for understanding and cooperation of all in this regard," Bagchi said.

The issue gained renewed traction after US President Joe Biden last month asked American intelligence agencies to find out how the coronavirus emerged in China.

A number of countries including the US and Australia have been demanding an investigate into the causes of COVID pandemic and whether coronavirus originated in the Chinese city of Wuhan in December 2019 from an animal source or from a laboratory accident.

In March, the World Health Organisation (WHO) came out with a report on the origins of the virus but it had failed to meet the expectations of the US and several other leading countries.

On May 28, Bagchi said the follow up of the WHO report and further studies deserve the understanding and cooperation of all.

During the probe by the WHO earlier this year, the US and several other countries expressed concerns over Chinese authorities not providing complete data to the WHO team probing the origin of the virus. 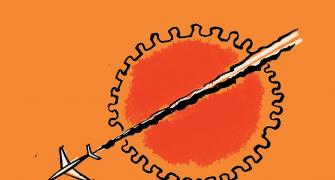 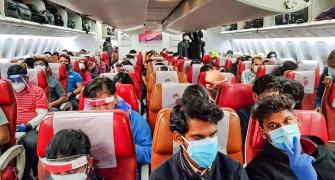 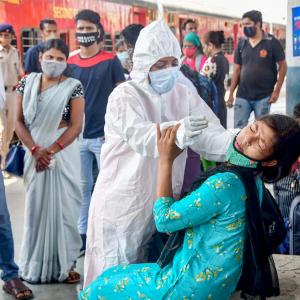