India’s maiden Mars mission is a success. It created a buzz and  how! Minutes after Mangalyaan made history it joined the Twitterati club.

India’s Mars Orbiter now has its own Twitter handle -- @MarsOrbiter -- with 33.1k followers (at 11.50 am) and the numbers are expected to grow with #Mangalyaan, #ISRO and #MissionMars trending worldwide.  Prime Minister Narendra Modi's office @PMOIndia is following. The PM witnessed the historic moment at the ISRO headquarters on Wednesday morning.

And here are the first few tweets. 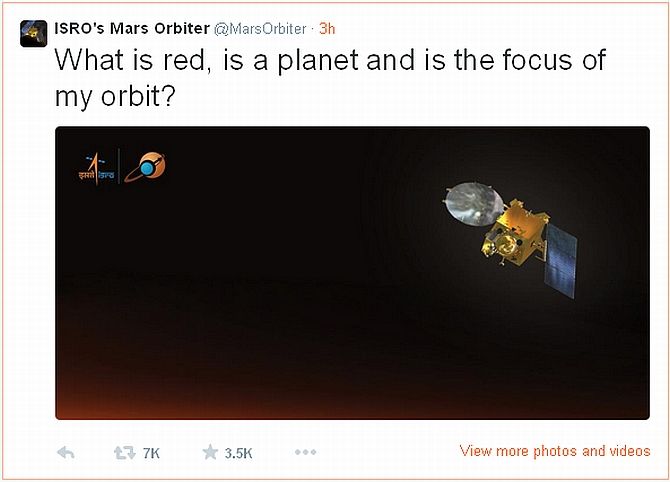 After a 300-day marathon and covering a distance some 670 million kilometers our Mars Orbiter had a little breakfast.

And then came a little space talk with its buddy -- America’s Curiosity rover. 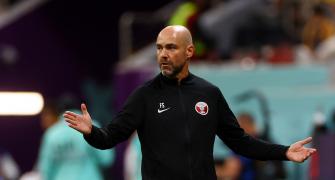