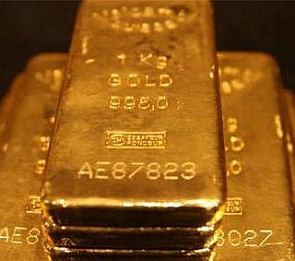 Over three kg of gold, worth Rs 91 lakh, was seized on Sunday in two separate cases at Chennai and Kochi airports.

Airport customs authorities seized 1.3 kg of gold worth about Rs 37 lakh from the baggage of a 26-year-old man who arrived at Chennai from Kuwait.

He had concealed the gold in his baggage and it was detected during regular checks, airport authorities said.

The gold was seized and the man, a native of Andhra Pradesh, was detained for further inquiries, they said.

In the other case, a passenger, who arrived from Dubai at Cochin International Airport, was arrested and two gold bars valued at Rs 54 lakh seized from his possession.

Officials said the two gold bars, totally weighing two kg, were found inside a white coloured bath towel of the passenger, who is a native of Mallapuram.

The gold bars are of 24 carat purity, officials said.

The passenger was attempting to exit the arrival hall by the green channel without declaring the gold for purpose of evading duty, they said.

Officials said, the passenger during questioning told them that he attempted to smuggle the gold for monetary benefit and that he was only a carrier of gold and not its owner.