General Bipin Rawat, India's first Chief of Defence Staff who died in a tragic helicopter crash in Tamil Nadu, was an exceptional leader, a valued partner and a strong proponent of US-India defence ties and helped deepen the bilateral strategic partnership, top US officials have said. The Mi-17V5 helicopter of the Indian Air Force (IAF) carrying the 63-year-old tri-services chief crashed near Coonoor in Tamil Nadu on Wednesday, killing 13 of the 14 people on board including his wife and 11 other armed forces personnel.

"My deep condolences on the deaths of Indian Chief of Defence Staff General Rawat, his wife and colleagues who perished in today's tragic accident," Blinken said.

"We'll remember Gen Rawat as an exceptional leader who served his country and contributed to the US-India defence relationship," he said.

Defence Secretary Austin said: "General Rawat left an indelible mark on the course of the US-India defence partnership and was at the center of the Indian Armed Forces' transformation into a more jointly integrated warfighting organisation".

Austin said that he had the privilege of meeting with him earlier this year and viewed him as a valued partner and friend of the United States.

"I and the Department extend our deepest condolences to the Rawat family, the Indian military, and the people of India after the tragic passing of Chief of Defence Staff General Bipin Rawat in a helicopter crash," he said.

"Our thoughts and prayers are with the Rawat family and the families of the other victims of the crash. We are deeply saddened by this loss," Austin added.

Condoling the death of India's first CDS, Chairman of the Joint Chiefs of Staff Gen. Mark Milley said he was honoured to have known General Rawat as a friend from their time as Chiefs of their Army staffs to the present-day. "He will be missed," Milley said, tweeting pictures of his meeting with Gen Rawat when the Indian tri-services chief visited Washington in September.

"We are deeply saddened to hear of the death of Indian Chief of Defence Staff General Bipin Rawat, his wife, and 11 others in that tragic helicopter crash in India today. General Rawat was a valued partner," State Department Spokesperson Ned Price said at his daily news conference on Wednesday.

"He was a strong proponent of the US-India defence partnership. He helped to deepen the strategic partnership between our two countries. He was pivotal to that relationship, and that's why our thoughts go out to the general's family, to the families of all those on board this flight, and, of course, to the people of India on the loss that they have suffered today," Price said.

Pentagon Press Secretary John Kirby, at a separate news conference said that on behalf of the entire Department of Defense, Defense Secretary Lloyd Austin extends their deepest condolences to the Rawat family, the Indian military and the people of India after the tragic death of General Rawat in a helicopter crash.

"He left an indelible mark on the course of the U.S.-India defence partnership and was at the center of the Indian Armed Forces' transformation into a more jointly integrated warfighting organisation," Kirby said.

"The secretary had the privilege of meeting with him earlier this year and really came to view him as a valued partner and a friend to the United States. Our thoughts and prayers are with the entire Rawat family, as they lost other family members in this crash, and of course the families of all the other victims of this terrible, terrible incident," he told reporters.

Several top American lawmakers expressed their condolences at the demise of Gen Rawat in a tragic accident.

"I send my deepest condolences to Narendra Modi & the people of India as they mourn the tragic deaths of General Bipin Rawat, his wife, Madhulika Rawat, & the 11 other crew members & passengers lost," said Senator Rick Scott.

"India is strong and during this time of grief the United States stands with you," he tweeted.

"My deepest condolences to the people of India after the tragic death of General Bipin Rawat, head of India's armed forces, his wife & 12 others today. My thoughts & prayers are with their families," tweeted Senator Bill Hagerty.

"My most sincere condolences to the people of India and their armed forces for the lives lost in today's tragic aviation incident. I will continue to do all I can to help our partnership grow into an enduring force for overcoming this and future adversities," Congressman Michael McCaul said in a tweet.

"Please join me in praying for India today after this staggering loss," Congressman Mark Green said in a tweet. 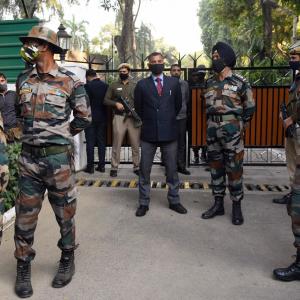 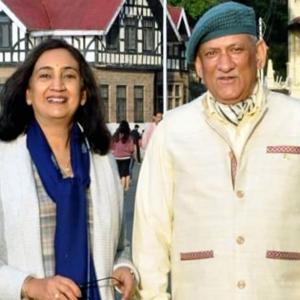