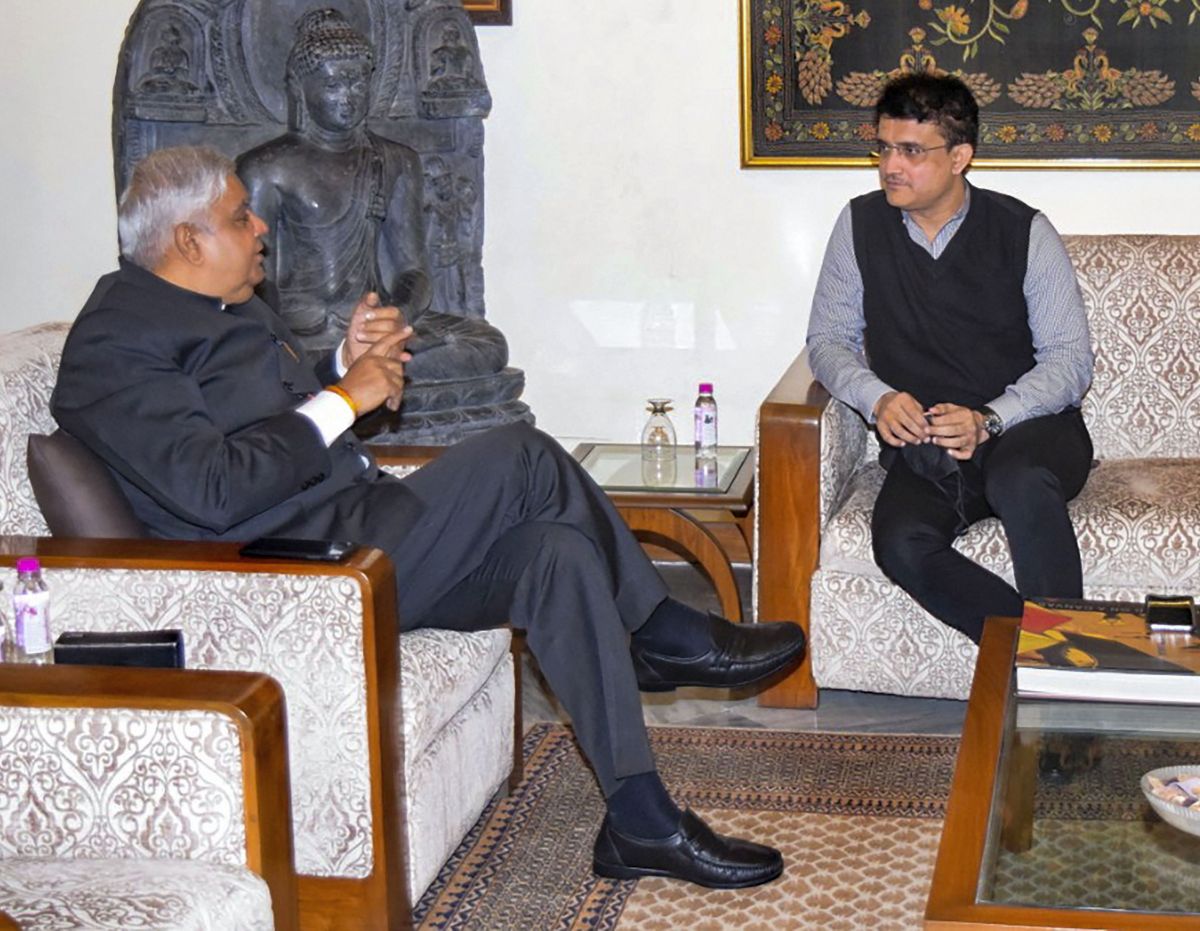 Board of Control for Cricket in India president and former cricket captain of India Sourav Ganguly on Sunday paid a visit to West Bengal governor Jagdeep Dhankhar, which was described by sources at Raj Bhavan as "courtesy call" and there is nothing political about it.

With assembly elections due in the state in April-May next year, there has been speculation that he may join politics.

Ganguly, who reached Raj Bhavan at around 4.40 pm, did not take any question on the reason for his visit.

Raj Bhavan sources said that Ganguly's visit has nothing to do with political developments in the state.

Source: PTI  -  Edited By: Hemant Waje© Copyright 2021 PTI. All rights reserved. Republication or redistribution of PTI content, including by framing or similar means, is expressly prohibited without the prior written consent.
Related News: Sourav Ganguly, Raj Bhavan, Board of Control for Cricket in India, Jagdeep Dhankhar, PTI Photo
SHARE THIS STORY
Print this article
I am not good enough for politics: Sourav