Sushil Chandra will conduct the UP, Punjab, Goa, Manipur, Uttarakhand elections before he retires in May 2022.
Aditi Phadnis. 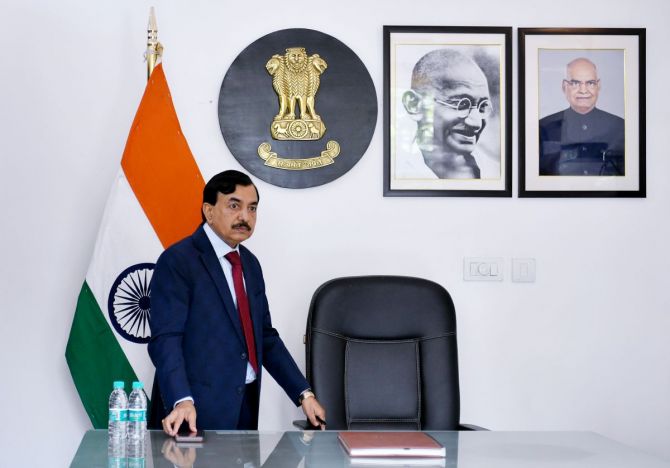 Chief Election Commissioner Sushil Chandra, 63, will not get the opportunity to finish what he started.

He joined the Election Commission in February 2019, just ahead of the 2019 Lok Sabha polls in May that year. Along with Sunil Arora and Ashok Lavasa, the team supervised the election that brought Narendra Modi back to power as prime minister.

But Chandra will not be at Nirvachan Sadan for the next Lok Sabha round: He will retire in May 2022, having overseen the Punjab, Uttar Pradesh, Goa, Uttarakhand and Manipur assembly elections, leaving it to others to conduct the next general election due 2024.

You could argue that his job is no less onerous. Assembly elections in UP are nothing less than a general election when it comes to planning and organisation, especially in the midst of a pandemic.

And there is no denying that conducting free and fair elections is -- generally -- becoming more challenging by the day. Chandra conceded as much when he told reporters upon taking office on April 13.

'I would like to ensure that the elections should be held in a very peaceful and very, very free and fair manner so that voters even in the vulnerable areas can cast their votes without any fear.'

But 'very, very free and fair' voting is easier said than done. And in the end, it is about money. In 2017, the Election Commission cancelled the R K Nagar assembly election in Tamil Nadu for open bribery of voters. Before that half a dozen assembly seats have seen elections scrapped because of the same problem.

In 2019, under Chandra's watch, the Vellore Lok Sabha election had to be set aside for the same reason: Unaccounted for'money raging in the election like a forest fire.

Chandra is uniquely placed to understand the issue. He spent 38 years in India's tax system when he completed his BTech from Roorkee University and joined the Indian Revenue Service in 1980. The bulk of his career was spent in investigations and he was also member (investigation) in the Central Board of Direct Taxes. He is known to conduct thorough and effective investigations.

Chandra has the reputation of being strict with team members -- and mostly getting his way. In the Election Commission, his record has been to side with the CEC.

In the complicated case of the split in THE Kerala Congress, while Lavasa wanted more affidavits and hearings before ruling on which faction has the majority (and should, therefore, get the symbol), Chandra supported the CEC's view that the symbol should go to Jose Mani, son of the founder of the Kerala Congress, K C Mani.

During his tenure as CBDT chairman (November 2016-February 2019), direct tax collections touched the figure of Rs 10 trillion for the first time ever. Little wonder then that Chandra was the first CBDT chairman in the history of India to get an extension after he retired. He launched the e-assessment scheme and Project Insight, which forms the basis of the government's current push for systems-based assessments.

The government also rewarded his efficiency during demonetisation. Though the jury is still out on how much unaccounted wealth that 2016 exercise actually unearthed, Chandra robustly pursued the government's agenda post-demonetisation -- many would argue, a more crucial phase than the action itself -- and launched Operation Clean Money that is now in its second phase. This involved scrutinising cash deposits of more than Rs 1,000,000 and later, between Rs 500,000 and Rs 1,000,000.

Obviously, Chandra has a little black book on most big businessmen and politicians, including their assets abroad. He went after some of the biggest and the Income Tax department sent out Letters Rogatory -- requests to a foreign court to investigate a person under that jurisdiction -- to many countries under the Black Money (Undisclosed Foreign Income and Assets) and Imposition of Tax Act, which is extremely stringent.

If anything came out of all that, no one knows about it. The Congress made some allegations about the business interests of a member of his extended family. But nothing much came of it.

As CEC, Chandra could be one of the people who will flesh out the prime minister's pet idea -- One India One Election. Background work is said to be progressing on this apace.

He will also give inputs to delimitation in Jammu and Kashmir that will later culminate in assembly elections.

If he can put these projects in place, he will have earned the government's plaudits. 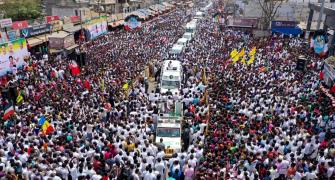 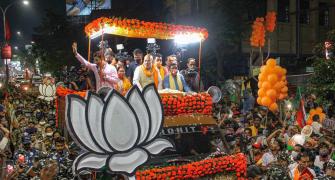 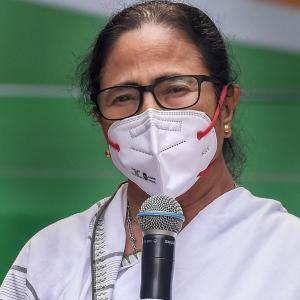 Mamata to move court on Nandigram, hints at foul play 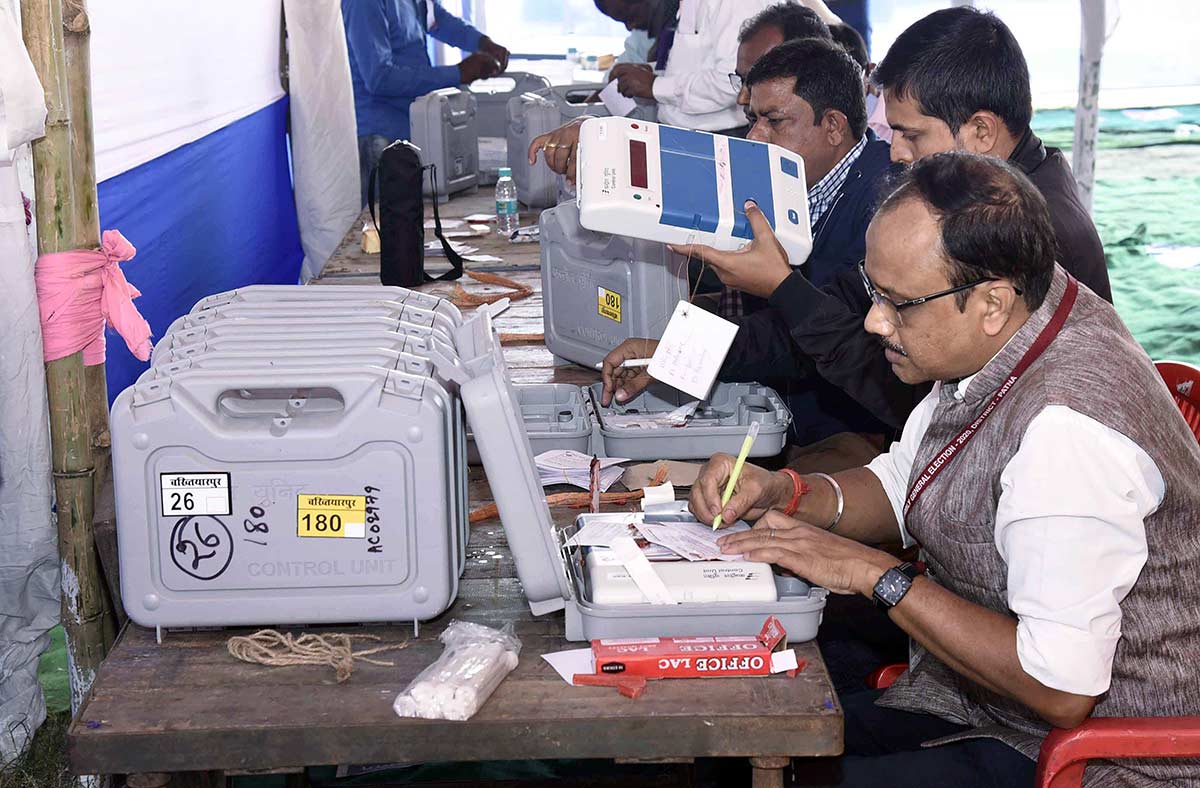