Former Prime Minister I K Gujral was on Saturday cremated in New Delhi with full state honours in the presence of the country's top leadership, including President Pranab Mukherjee and Prime Minister Manmohan Singh.

Amid prayers and a 21-gun salute, his body was consigned to flames at Smriti Sthal on the banks of Yamuna where Vice President Hamid Ansari and UPA Chairperson Sonia Gandhi were also present.

The body, draped in tricolour, was brought to Smriti Sthal from his 5-Janpath residence in a flower bedecked gun-carriage accompanied by military personnel and close family.

Officers from the three armed forces carried on their shoulders the mortal remains of Gujral to the cremation ground as he was accorded a state funeral.

Gujral (92), who led a rickety coalition in late 1990s and was known for 'Gujral Doctrine' of five principles for maintaining good neighbourly relations, breathed his last at a private hospital in nearby Gurgaon on Friday afternoon.

He leaves behind two sons, one of whom Naresh Gujral is a Rajya Sabha MP and an Akali Dal leader, and brother Satish Gujral, who is a prominent painter and architect.

Earlier in the day, the Prime Minister and a host of leaders visited Gujral's residence to pay homage to him.

In his message, Singh said, "In the sad demise of Gujral, our country has lost a freedom fighter, a great patriot and a great scholar statesman. I join the nation in expressing our grief and sorrow at the demise of great son of India." 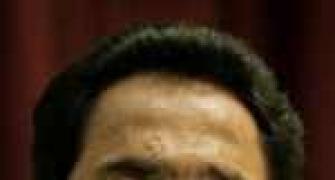 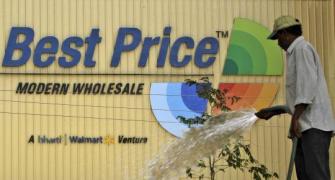 State funerals: Who receives the honour and why